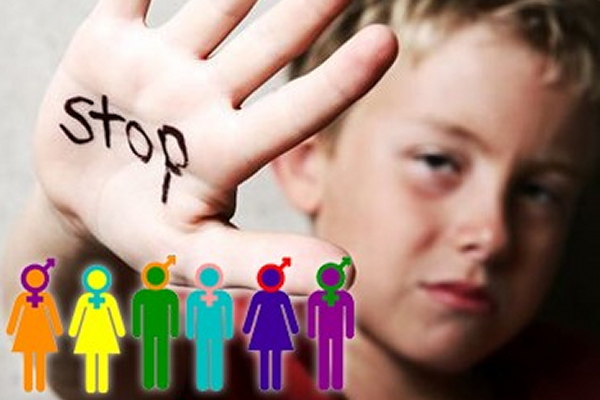 Studies by numerous (REAL) scientists and psychiatry specialists have conclusively determined that the transgenderism of children and minors is to be considered a form of child abuse.

These are actual experts, not Bill Nye the Liberal Guy.

Specifically, in a joint statement from the American College of Pediatrics, the study concludes, without a hint of doubt, that “Gender Ideology Harms Children.”

Most of us could’ve told you that years ago.

This society-eroding agenda, pushed by the left to validate and make an excuse for a form of mental illness, is going too far, and now the transgender community is pushing their radical, fringe agenda on society’s most vulnerable: our children.


But don’t take it from me. These are not my words.

Take it from the team of child specialists themselves.

According to the American College of Pediatrics, specifically a statement by the man himself, Johns Hopkins Medical School Professor Dr. Paul McHugh, and his colleagues:

The American College of Pediatricians urges healthcare professionals, educators and legislators to reject all policies that condition children to accept as normal a life of chemical and surgical impersonation of the opposite sex. Facts – not ideology – determine reality.

Here at the Western Tribune, we have been covering the developments related to this study very, very closely.

We first reported that the Johns Hopkins Chief Psychiatrist concluded that transgenderism is in fact a mental illness, and that gender reassignment is a fantasy and biologically impossible.

Then, we brought you the follow-up to the story, reporting that the LGBT community’s largest group issued threats to the professor for his studies and their findings.

What is your take?

Please let us know, and share this everywhere, because the fake news MSM surely won’t!