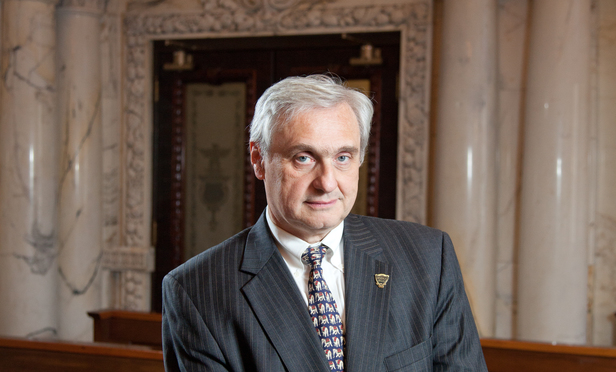 The liberals were so quick to throw stones when their houses were made of glass.

The Washington Post has reported that six women, all of whom were former clerks or externs in the 9th Circuit court, have detailed accounts of horrific abuse and misconduct by Judge Alex Kozinski, an anti-Trump Obama mole.

Fox News has also reported a similar story, confirming the disgraced judge will step down immediately.

This is what happens when unqualified perverts are selected to uphold a political agenda instead of qualifying to do the job.

This is what happens when an everything-goes society promoted by scumbag elitist liberals and Hollywood trash falls right on its face and begins to implode.

At least 15 women have come forward to accuse the pervert installed by Obama of harassment.

Days after at least 15 women alleged they were subjected to his inappropriate sexual conduct or comments, a prominent U.S. appeals court judge announced his retirement Monday.

Judge Alex Kozinski of the 9th U.S. Circuit Court of Appeals said in a statement that a battle over the accusations would not be good for the judiciary. He said he’ll step down, effective immediately.

The Washington Post reported last week that the allegations — including inappropriate touching and lewd comments — made against Kozinski go back decades.

Kozinski said while speaking in a “candid way” with law clerks, “I may not have been mindful enough of the special challenges and pressures that women face in the workplace,” the statement said. “It grieves me to learn that I caused any of my clerks to feel uncomfortable; this was never my intent.  For this I sincerely apologize.”

Leah Litman, a law professor at the University of California, Irvine, told the Post that the judge talked about having just had sex and pinched her side and leg at a restaurant the night before they appeared together on a panel at her school in July.

This scum has no place in our justice department.

SEE ALSO:  CAUGHT: Obama Attacks the Bible and Mocks Jesus Christ for Over 3 Minutes ON VIDEO

The sad thing is that this is just the tip of the iceberg. The swamp is still deep with liberal sludge that needs to be drained, and drained quickly.