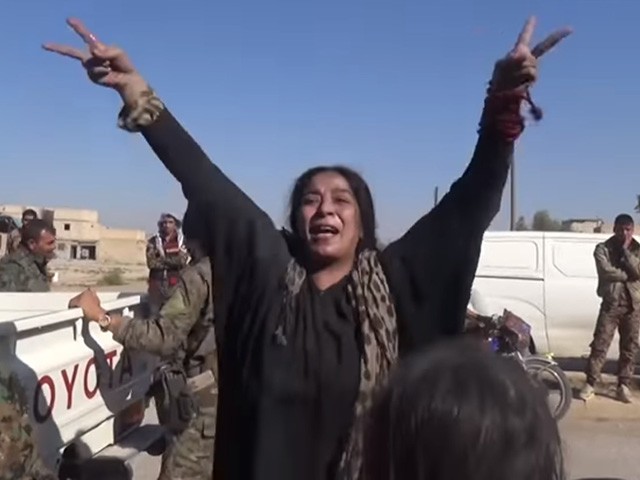 This is just more of that old winning President Trump told us about, folks.

Watch this video of this female citizen of Raqqa rip off her veil and headscarf in joyous celebration after the US-backed Syrian forces reclaimed the Islamic State’s self-proclaimed capital.

How much of this winning do you think we would have heard about had Hillary been elected?

ISIS is on the run, and they only now control a sliver of territory in Syria as opposed to the vast band spanning part of two Arab nations (Syria and Iraq).


Undoing the Obama legacy one day at a time.

It also goes to show that, not only do these people want and love to have their freedoms, but they want to be free where they are, not relocated to some modern Western society that they feel out of place in.

They want liberation where they are. And President Trump is helping the local forces get it done there.

This is how it should’ve been done all along.