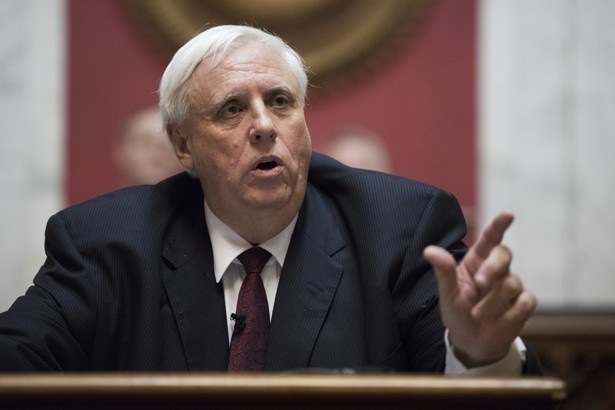 The moderate Democrats are leaving the Democratic party.

Anyone who is not a radical leftist does not have a voice in the Democratic party.

They have completely lost their identity and their message. They have gotten to the point where their own party members are jumping ship.

Governor Justice made an appearance at this evening’s President Trump rally in his home state, and made the announcement that sent shockwaves across the nation.

Thanks to President Trump.


West Virginia Democratic Gov. Jim Justice announced at a rally Thursday evening with President Trump that he is changing his political affiliation to the Republican party.

At Thursday’s rally in West Virginia, Justice said he no longer could help West Virginians anymore as a Democratic governor, adding that the “Democrats walked away from me.”

Justice added that he suspects both of his parents, who were “staunch Republicans,” are in Heaven right now saying, “Jimmy, it’s about damn time you came to your senses.”

Following the announcement, the Republican National Committee released a statement, stating that Justice’s political party switch is “another blow” to the Democrats.

“Governor Justice’s party switch is another blow to a Democratic Party that would rather obstruct than work to make our country great again,” said RNC Chairwoman Ronna Romney McDaniel. “Across America, voters have put their faith in the Republican Party because we are the Party fighting to give every individual the opportunity to achieve the American Dream.”

“With only 15 governorships and control of the fewest state legislatures in history, Governor Justice’s announcement is just the latest rejection of a party that is leaderless from top to bottom and unable to find a positive, unifying message,” the statement continued. “While Democrats continue to put politics before the American people, Republicans are working with President Trump to lead America towards a future with fewer burdensome regulations, greater economic stability, and stronger national security. Governor Justice, welcome back to the Republican Party.”

“I have been and always will be a proud West Virginia Democrat. I am disappointed by Governor Justice’s decision to switch parties. While I do not agree with his decision, I have always said that I will work with anyone, no matter their political affiliation, to do what is best for the people of West Virginia.”

Trump had teased earlier in the day that he had a “very big announcement” for tonight’s rally.

The Governor realized that he could no longer represent the people of West Virginia properly, nor govern honestly, if he remained a Democrat. How telling.

The big question here is: is this a sincere switch by an honest man who is going to help advance the America First agenda, or is it a bold mid-term elections tactic that will keep another RINO in office?

I suppose only time and the Governor’s actions will tell.

Watch the clip from tonight’s rally below:

Let’s hope this is in fact a sincere switch, and not just a mid-term scheme. Even better yet, let’s hope that this is the start of a trend, as reports claim of moderate Democrats crossing party lines in droves.

Share this to expose the REAL Trump effect, as opposed to what the Fake News media is making up for you, and let us know what you think in the comments below!!