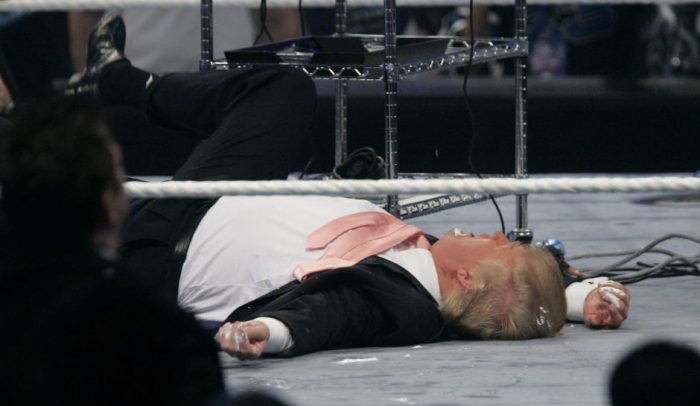 Since the moment President Trump was inaugurated and became the 45th President of the United States of America, liberals nationwide have been in a dangerous denial-meets-meltdown mode.

Since the liberals control many aspects of the education (or indoctrination) system in today’s America, we are unfortunately hearing of teachers using their positions as tools to brainwash their students and mold them into Trump haters.

We all watched in horror as little Jason Newberry refused to take a knee with his class, and was bullied by both his peers and his teacher for it.

This takes things to a whole new level.

Encouraging the assassination of a POTUS should be something that is taken VERY seriously, especially when it is a Wyoming teacher encouraging minors to do so.


At Jackson Hole High School, Carin Aufderheide, an English teacher, held a quiz on George Orwell’s Animal Farm. She included a question that had many conservative parents, as well as others, enraged beyond belief.

Are you kidding me?

How sick-minded can this liberal be?

Watch the report on the incident, from CBS:

According to the news report, junior Rylee McCollum took a screenshot of the question and showed it to his father, Jim McCollum, who was angered by the question.

“It’s about respect for the office more than anything,” McCollum said. “That’s enough of this. No way.”

McCollum reportedly voted for Trump in the 2016 election, though he admits he “cringes at some of the things he says.”

“It was so inappropriate to show a name of a sitting president in that question,” McCollum said. “To me, that is so wrong in light of the situation in our country and the divisiveness and all.”

What do you think should happen to this dangerous teacher? A fine? Suspension? Firing? Even prison?

Let us know in the comments on social media, and please share this to get the word out.