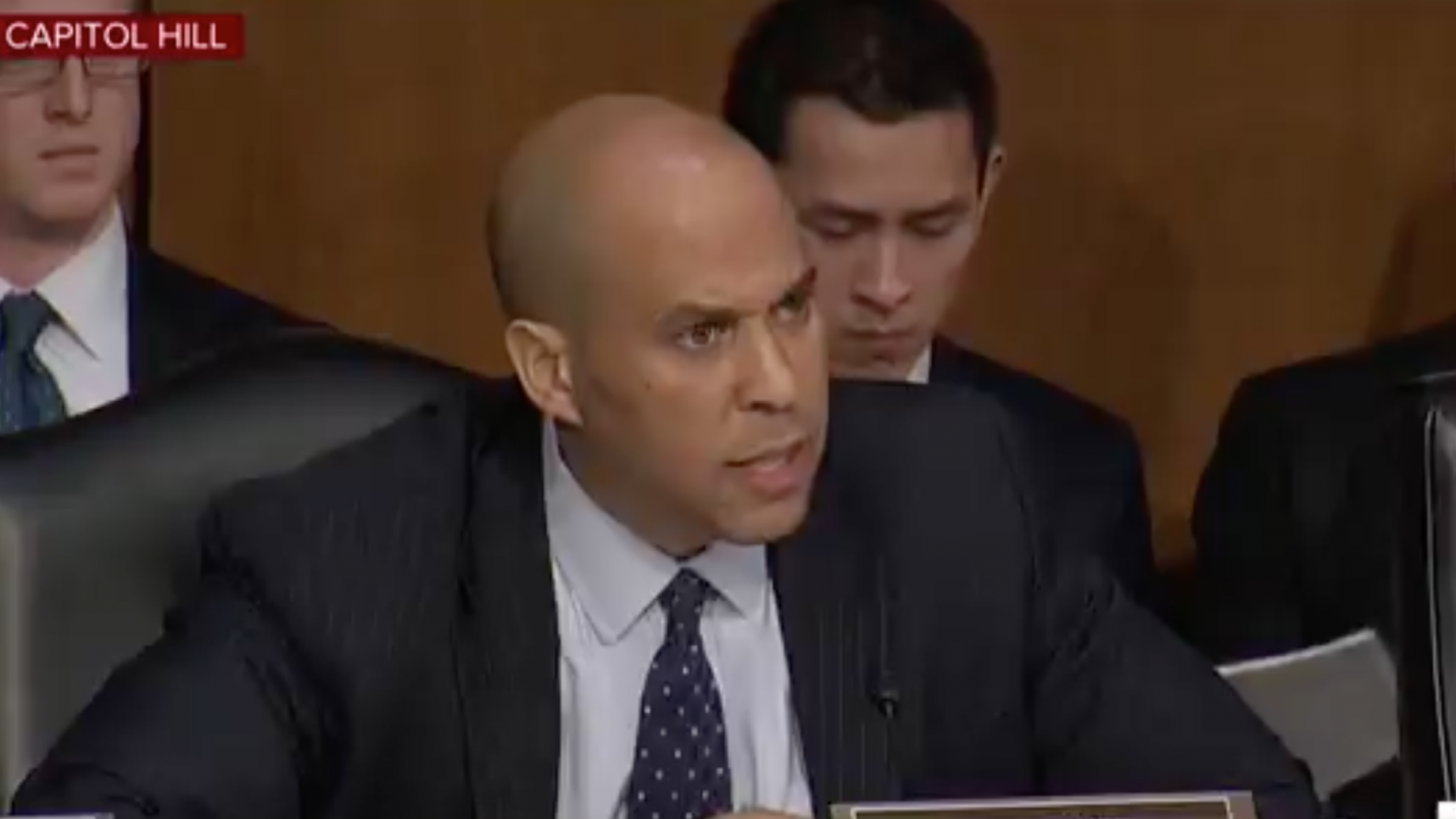 What trash Cory Booker is.

Thank goodness I moved out of NJ a few years ago.

On Tuesday, Democrat Senator Cory Booker (D-NJ), who reports claim is desperately seeking a presidential run in 2020 (he won’t get past the primaries if he decides to do so), yelled at and scolded President Trump’s Department of Homeland Security Secretary, Kristjen Nielsen, over the false “s***hole countries” comment that disgraceful Dick Durbin and gross Graham (Lindsey) lied about during a meeting with the President.

The Democrats are playing the race card to hold onto whatever minority base they have left. Trump has been slowly but surely growing his minority base, and the Democrats will not give them up without a vicious fight. That fight has manifested itself in the attacks on our President that you are seeing today.

The left only knows how to play on emotions, because they have no policy that puts America first. So, they resort to hate tactics to paint the President in a bad light.


Tough luck, scumbags. You are LOSING.

On Tuesday, Senator Cory Booker (D-NJ), who desperately wants to run for president in 2020, took the microphone at a hearing with Department of Homeland Security Secretary Kristjen Nielsen. He then blasted her for her failure to remember whether Trump had indeed said that people from “s***hole countries” should be prevented from entering the United States.

Watch the scumbag below:

Nielsen spoke about the President’s comments on CBS News:

How dare Senator Booker bash Trump while simultaneously using that derogatory tone of voice while addressing a lady?

Can you imagine if a white man in the hearing started yelling at Loretta Lynch or Susan Rice like that? Oh would he be a racist, need to be removed from Congress, etc…. It is so sad the Liberals have only one thing left to use and that is the outdated RACE Card. Sad people.

Share if you agree. Expose this lowlife Senator from New Jersey.