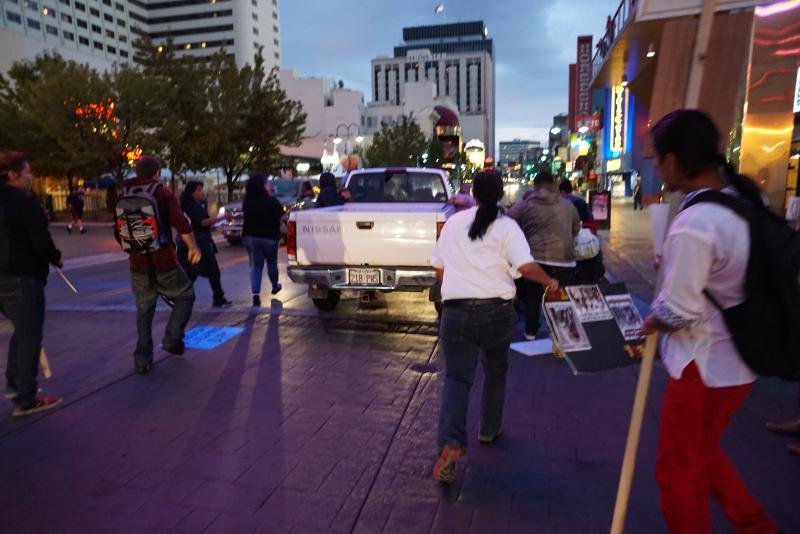 This is epic, folks.

These Mexican Columbus Day protesters (hardly any of these lunatics is an American citizen), in an attempt to block traffic, messed with the wrong pick-up truck driver, in a video that has gone viral online.

In the video, a young truck driver and his passenger are harassed by the Mexican mob of Columbus Day protesters, and begin hurling insults and profanity (the majority of their English vocabulary) at the two young Americans.

Well, the driver has had enough!

Watch the video of the encounter (WARNING: Graphic language and disturbing content):


This is what our country has come to, thanks to over half a century of Democratic rule and an anti-American liberal agenda.

We now have little thugs in the streets who are paid by Soros-linked activist groups to spread chaos and terror in the streets, and achieve small wins to progressively erode American symbols of unity and patriotism.

As many cities and universities nationwide protest everything American about America, many are also standing up to the airheads, like this brave young soul here.

These liberal loons deserved what they got for the crimes they were committing by blocking the street. Instant karma, if you ask me.

It is time to put a stop to the anti-American madness, put thugs in jail, drain the swamp, and make America great again.