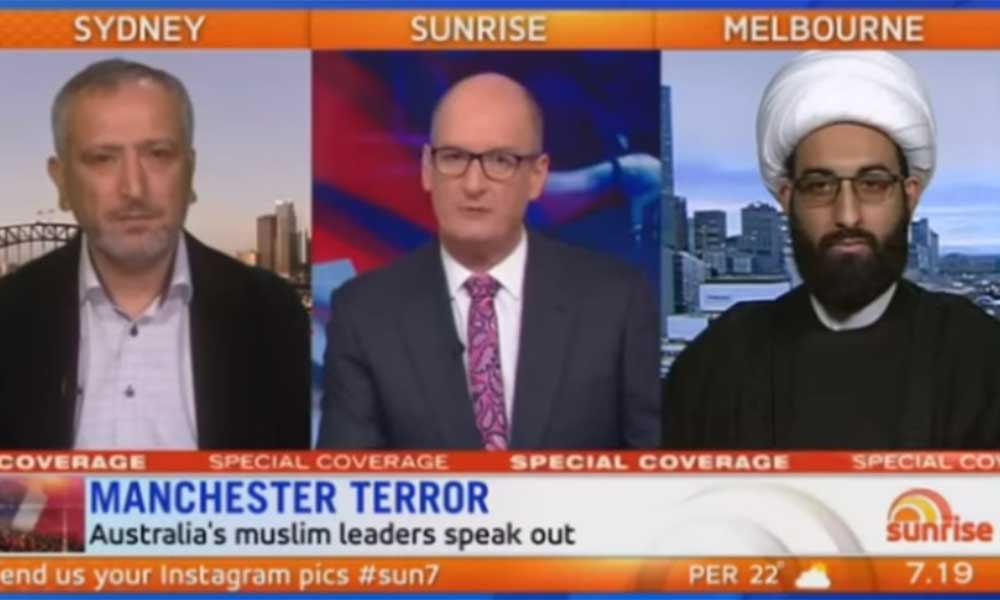 Even some Muslims get it.

Following last Monday’s terror attack in Manchester, Australia-based Imam Shaikh Mohammad Tawhidi appeared on Australian television to skewer the liberal narrative that Islam has nothing to do with extremism.

“How do these young people get radicalized?” asked the Sunrise host.

“We need to be very realistic when dealing with this matter,” began Tawhidi, who has frequently come under fire from his fellow Muslims for his pragmatic view of the religion.

In reference to Manchester bomber Salman Abedi, Tawhidi continued, “you have a 22-year-old who gets radicalized over two, three sermons, within a Friday mosque gathering.”

“Now, this age, is an age when someone would expect people to be going out, having fun, but no we have a large number of youth that are being radicalized.”

“This happens because of the books that we have – the Islamic scriptures that we have,” continued Tawhidi. “They push the Muslim youth to believe that if you go out there and you kill the infidel how you will gain paradise.”

When Tawhidi’s fellow panelist, Dr. Jamal Rifi, countered this, the former declared, “do not lie to the Australian nation.”

The conversation proceeded to get quite heated, to put it mildly.


See the clip for yourself below.

This is not the first time Tawhidi has put his basedness on display.

To the contrary, like Dr. Zuhdi Jasser, Ayaan Hirsi Ali, and other “moderate” Muslims, Tawhidi has called for Islam to reform.

As alluded to previously, Tawhidi has actually been threatened for his truly moderate views. The Daily Mail reports that not-so-moderate Muslims actually forced Tawhidi into hiding last month (see the threatening Facebook post below).

“It’s been extremely serious in the past few weeks,” he reportedly said at the time. “Before they were just actually wanting to intimidate me and now they’re coming after me.”

According to The Daily Mail, among Tawhidi’s unpopular beliefs is his insistence that there should only be one mosque per state in Australia “because the ones we have [do] nothing to serve this country.”

Tawhidi is the official Imam of the Islamic Association of Australia.

Militant Islamists are bred, contrarily, in a theo-political culture where their soul, identity, and self worth are inexorably wedded to Islamo-patriotism — the assertion of the supremacy of the Islamic state. They act for the tribe, and reject even the implication that individual rights “under God” might be possible for all through a secular government.

Understanding this consciousness is crucial. Freedom-loving Muslims must fight for an Islam that rejects the Islamists as the real blasphemers and enemy of mankind.

Islam either needs to undergo a serious ideological reformation, as this Imam and other Muslims state, or it needs to be removed from Western societies completely, whichever happens first.

Because, as it stands, Islam is a supremacist political cult that disguises itself as a religion and breeds terror. That must change, and change quickly, as other religions did with the times.