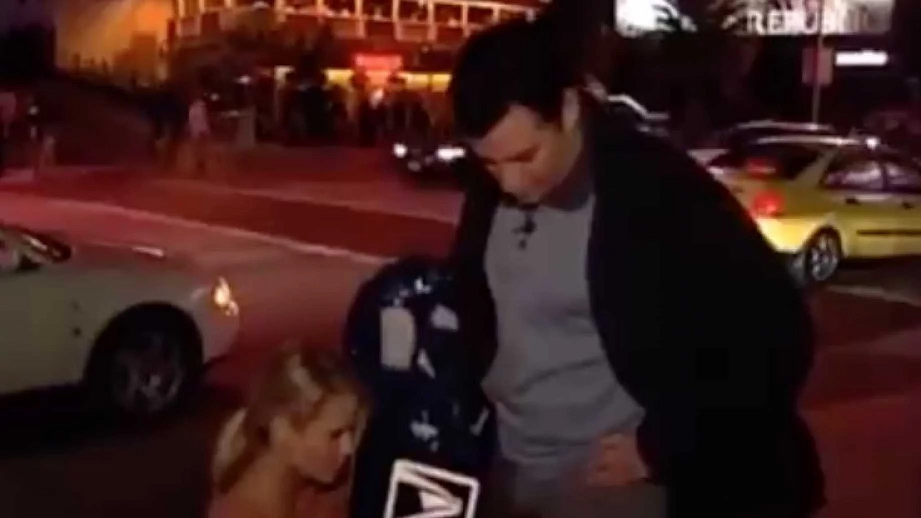 This is the man liberals have lauded as their moral compass.

Liberal spokesperson and lame comedian Jimmy Kimmel, who makes a living off of echoing liberal talking points and bashing President Trump, was caught on video encouraging a series of women to grope his groin area.

Nice. This is what liberals seem to think is a morally sound man.

The left is slowly eating itself. They are self-destructing right before our very eyes.

Although this may be consensual, as some shallow people might argue, this is objectifying women 101, treating them as inferior sex toys and objects of pleasure, rather than peers and intelligent beings.

But the left are champions of progressive values and rights for women.

More gems from #Kimmel.
Here he has women feel his crotch to guess what he stuffed in his pants.
KIMMEL: "You should put your mouth on it" pic.twitter.com/Yv0MVN9vPw

In the wake of the Harvey Weinstein firestorm, a video has surfaced showing Jimmy Kimmel, who has been praised by many on the Left as a spokesman for their agenda, and sort of a moral compass, has had his own issues with sexism, nowhere near Weinstein’s level of depravity, but still decidedly uncomfortable to look at in retrospect.

In the video, speaking to a pretty young blonde, Kimmel announces, “I’ve stuffed something in my pants, and you’re welcome to feel around on the outside of the pants. You have then ten seconds to guess what it is in my pants.”

As the blonde starts to grope him, Kimmel instructs, “You should use two hands.”

The next shot is of a brunette groping Kimmel’s crotch, as he comments, “You’ve done this before, haven’t you.”

Following that, another blonde is on her knees before him, groping him, as Kimmel tells her, “Maybe it would be easier if you put your mouth on it.”

The next shot is of Kimmel addressing yet another pretty blonde, asking her, “How old are you?” When she answers, “Eighteen,” he asks, “You sure of that? Cause old Jimmy doesn’t need to do time.”

Back to woman number one, fully groping him, as Kimmel quips, “You’re going to make a fine wife.”

Back to woman number two, as Kimmel asks her, “And your guess is?”

Not if you are supposed to be the authority on morals.

Conservatives are mocked and ridiculed for their morals and beliefs, and according to leftist fake feminists, are the ultimate creeps since they support all rights, including men’s, and because conservatives are not afraid of calling out the double standards that exist in society.

Conservatives are viewed as the creeps and potential rapists, but then you get this behavior by liberals encouraging objectification and disrespect by individuals they revere and look to for moral advice.

And I am the one that is crazy.

Why when a liberal does is, but disgusting when Trump merely mentions it?