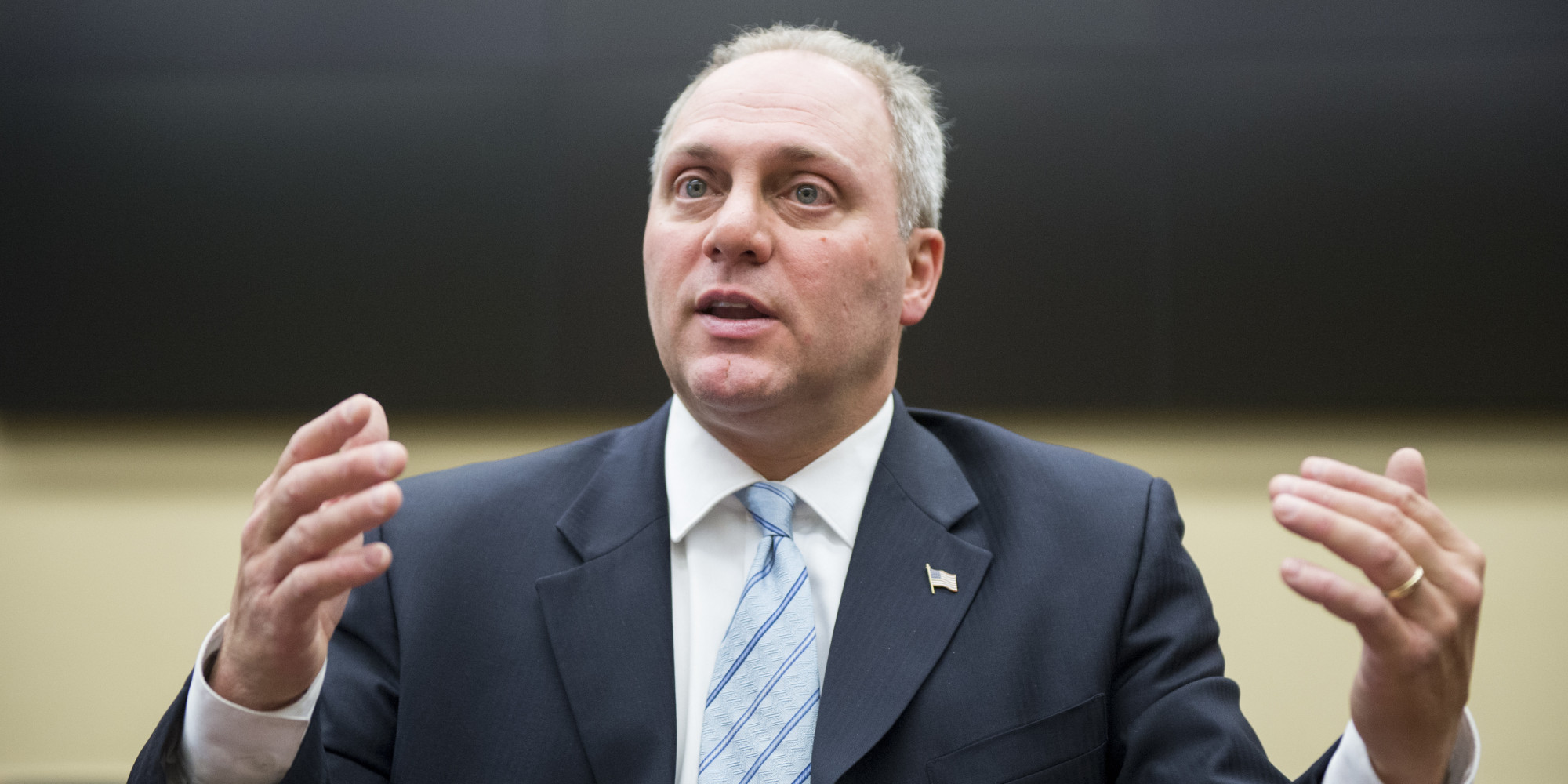 Dr. Jack Sava is the Director of Trauma at MedStar Washington Hospital Center and is also the man who gave us a highly-anticipated update on House Majority Whip Scalise and his medical condition.

On Friday, there was a large press briefing to update the journalists and Americans on the Congressman’s condition. As we are all probably aware, Steve Scalise was attacked at Wednesday’s Congressional baseball practice. He, along with congressional staffer Zach Barth, Crystal Griner with Capitol Police Force, and lobbyist Matt Mika representing Tyson Foods, were all shot along with a few others needing hospital attention. Other Capitol Police Force officer David Bailey and Representative Roger Williams of Texas were treated, but not for gunshot wounds.

Dr. Sava says, “I feel a lot more confident and a lot more optimistic than I did two or three days ago.” He also told us that Scalise’s “risk of death right now is substantially lower” compared to Wednesday. Scalise appears to be on the path to a better recovery, but on Wednesday, the possibility of death was very real.

Scalise was shot in the left hip region, which damaged organs and left hundreds of bullet fragments. 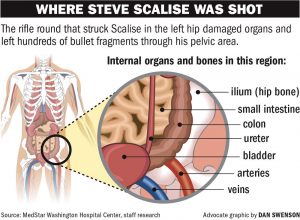 The first and main concern of his shooting was the possibility of him “bleeding-out”. This region, when shot like he was, can lose significant amounts of blood at rapid speeds. Dr. Sava said Steve was “as critical as you can be” when arriving at the hospital and that he had an “imminent risk of death”.


Congressman Steve Scalise is in serious condition. He underwent another surgery today, but continues to show signs of improvement. He is more responsive, and is speaking with his loved ones. The Scalise family greatly appreciates the outpouring of thoughts and prayers.

This shows a good sign that Scalise is recovering, as he was upgraded from “critical” to “serious”. While this is good news, Congressman Scalise still has a long route to a full recovery.