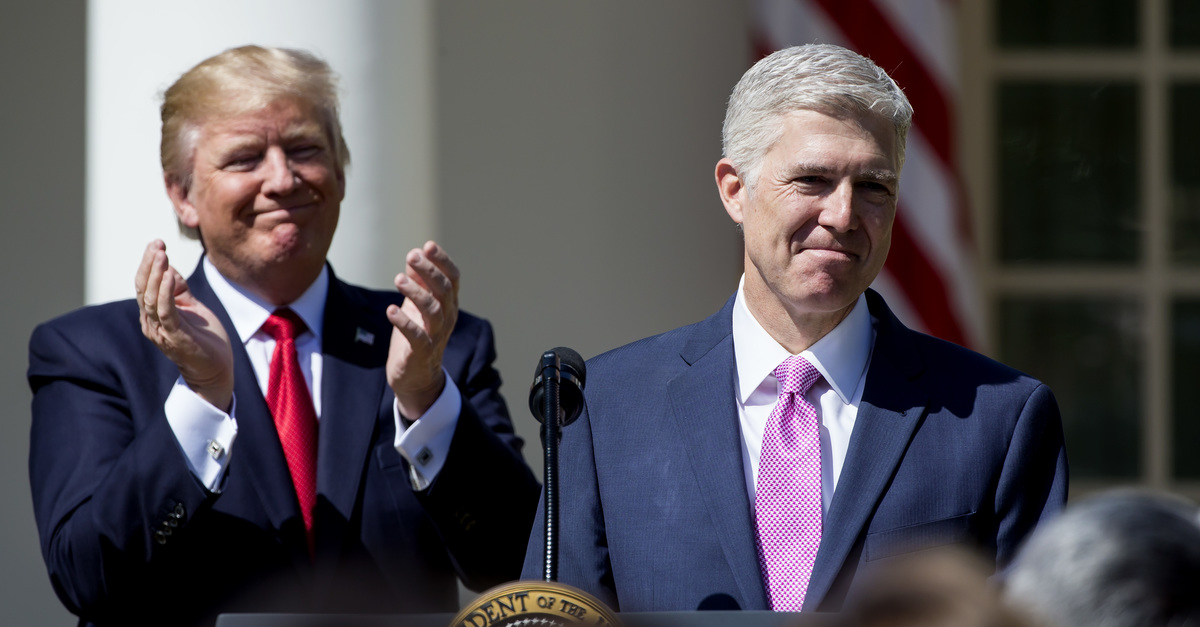 For months, liberal-leaning Federal judges have joined hand-in-hand with Democrats to fight the Trump Administration’s pause on immigration from ISIS-heavy countries. The obstructionists argue that our President’s promise to protect Americans from terrorism reveals malice intent, using campaign slogans and social-media posts as flimsy evidence.

But now, it seems that one court disagrees – the U.S. Supreme Court.

In so ruling, the judges have given the security measure a green light at least until the court reconvenes this fall. The announcement came on the final session, just a day before summer recess.

The Supreme Court will permit the temporary ban on entry into the USA by inhabitants of 6 Muslim-majority nations. However, a rule has been added allowing students at university, workers with existing jobs, family members and other low-risk cases an exception.


With this morning’s order, the so-called travel ban is set to go into effect in about 72 hours, in accordance with a earlier White House memo mentioning the need to “ensure an orderly and proper implementation” of the law.

It is being reported by sources close to the Supreme Court that newly Trump-appointed Judge Neil Gorsuch is strongly in favor of immigration restrictions after reading each side’s arguments. Gorsuch, Judge Clarence Thomas and at least 3 others are believed to have voted in favor of the President.

As the POTUS scores yet another win, why do liberals keep underestimating Trump? They didn’t believe the whispers that beyond his bluster and attention-craving. this President listens and learns quickly…and plays the long game like it’s nobody’s business.

Do you think President Trump’s win-streak will continue, bigly? Share this breaking story!