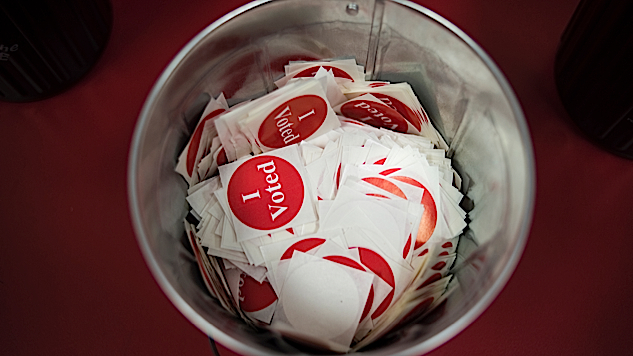 How does the Constitutional party sound?

Or maybe just the American party?

After the election of President Trump, there was a rude awakening for many who believed in “politics as usual.” People have had enough of getting nowhere under a bipartisan system, and have had it with politicians changing their tune to the sound of money.

He brought in a breath of fresh air, and although many had their reservations, there was no denying that the message resonated.


His election as President brought forward a conversation that was once a pie in a sky, and that know seems like more of a looming reality: Is it finally time for a 3rd party to become a giant and add a level of complexity to our black-or-white system?

To me, it is like a game of tug of war. If there are two big teams with almost equal backing and support tugging in complete opposite directions, the rope becomes extremely tense and could snap, but ultimately doesn’t move much. However, if a group of people pull the center of the rope, the two mindlessly tugging parties crash together.

We are the center of the rope as a nation, and the current Republican and Democratic parties are in the tug of war. We are going nowhere. We might need a 3rd force to snap the parties back to reality.

Is the formation of a 3rd party the only answer to this political stalemate at this point?

We all know the Democratic party is all but dead. They have no message, no true leadership, and are riddled with corruption and other scandals.

SEE ALSO:  WATCH: If ISIS is Responsible for the Las Vegas Shooting, There’s a HORRIFYING Reason No Proof Has Come Out Yet

The sad news is, the Republican party is not doing much better.

Many have left the Republican party, claiming that they give lip service to limited government. Lip service to their campaign rhetoric. They say that the Republicans can either repeal Obamacare or become irrelevant. Partial repeal diminishes the GOP, and no repeal kills the GOP. From the ashes a party like the Federalist Party could spring up with new members fleeing the sinking ship that was the grand old party.

I am all for the formation of a 3rd party that shakes up the “safe” political system for the elites and bought out politicians. As long as the 3rd party is about liberty, and not about placating to entitlements or handouts for people who don’t earn them, they may have a shot.

Many state that with the polarization that is happening in our country, they no longer have a voice. This 3rd party could be the answer.

Let me start a conversation here: What if I said, yes, we need another party. A party where only non-politicians can be elected. No more than 2 terms in office. All terms are 6 years. After the term(s), elected officials will never be able to run for any other office. They will also not be allowed to work in any capacity in government after.

Where do you stand?