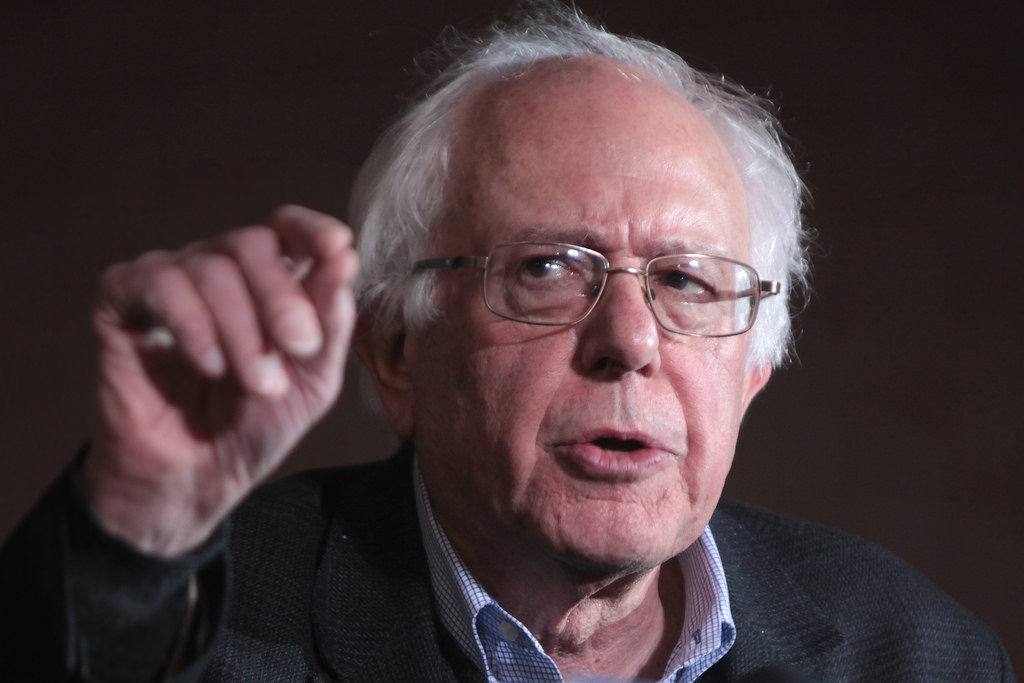 The fraud investigation into Bernie and Jill Sanders is clearly taking its toll. In an interview withCNN’s Erin Burnett, Sanders claimed that the investigation was just a politically motivated attack against him…And that the attack is coming from Donald Trump’s team. Sanders specifically accuses Brady Toensing, who was the chairman for Vermont’s Trump campaign.

Toensing points out in his defense that the investigation was actually begun under Obama’s administration and that the people involved were: “President Obama, his Attorney General, and his U.S. Attorney, all of whom are Democrats.” This is clearly an attack that was launched against Bernie (true or not) by the DNC to ensure he would not get in the way of Queen Hillary’s Coronation.

W know from leaked DNC emails and documents that the Democrat Party never had any intention of letting Bernie become the candidate. They plotted and planned from day one to have him “lose bigly” to Hillary Clinton, thus ensuring that she would only have to take support from the opposition. But Bernie’s campaign got away from them.

His surprising popularity meant that the DNC had to revert to a dirty tricks campaign…and this investigation is just one of them. The investigation was started over a year ago, at that point, Bernie was still campaigning, so why was it not released to the press? It is quite clear that the DNC had several plots running, and that this one wasn’t actually needed in the end. So they let it slide…But now it’s back.

As reported in the Daily Caller:


CNN host Erin Burnett asked Sanders whether or not he knew his wife was being investigated by the FBI, but did not acknowledge that he was also part of the probe.

Sanders angrily responded that the allegations against his wife must be politically motivated because the complaint was started by Brady Toensing, a chairman for the Trump campaign in Vermont. He did not indicate that he was aware of a federal investigation into himself or his wife.

“My wife is about the most honest person I know,” Sanders said, scoffing and cutting off Burnett’s initial question. “All I will tell you now, Erin, is that it is a sad state of affairs in America, you not only have politicians being destroyed publicly…when you go after people’s wives that is pathetic.”

One question remains. Bernie must realize that this was started under Obama, so he must know that it is an attack from his own party…So why is he trying to deflect it onto Trump?

Bernie has become a shill and nothing more. he takes the beatings and the spitting upon from the DNC and then crawls back and asks them what they want him to do next. It’s very, very sad.

Share this story with your friends to expose the nxt big lie that’s about to come out of the MSM!

POLL: More than 60% of Americans Support Trump’s Proposed Welfare Ban For Illegals. Do you Agree?
Two Major Immigration Bills Voted Through In The House!