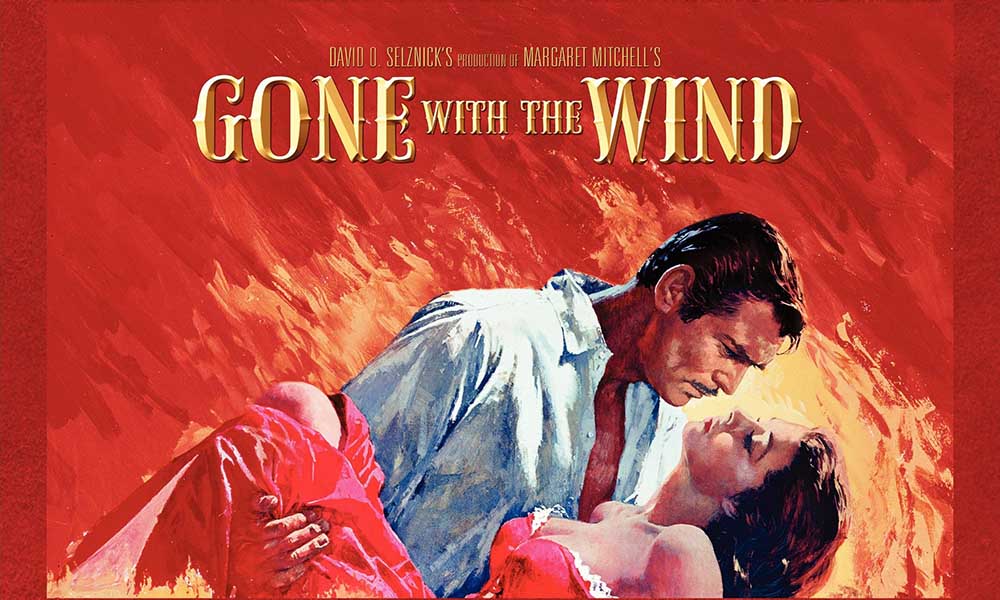 If this isn’t polarizing and divisive politics, I don’t know what is.

The Orpheum, the iconic Memphis, Tennessee theater that has been famously screening the ultra-popular classic “Gone with the Wind,” is discontinuing the sowing for good, claiming that the film is too “insensitive.”

Not only is the movie a revered classic, a report shows that upwards of 73 percent of ALL black Americans love “Gone with the Wind.”

So what is the REAL excuse?

An attack on the icons of American history on all fronts, whether the icons are people, statues, or films. All must go, says the anti-American left.


The biggest problem is that it is working.

Way back in 2014, I urged everyone to run out and purchase a copy of Blazing Saddles, not just because it is awesome but because eventually the left will ban it, will do to the Mel Brooks masterpiece what has already been done to the Disney classic Song of the South — disappear it forever. Oh, how the Leftists pointed and laughed at my reactionary, rightwing fear-mongering.

And then, almost exactly a year later, a leftwing critic at the New York Post published an editorial calling for the banning of the 1939 masterpiece, Gone With the Wind.

And then, last week the Orpheum Theater in Memphis, Tennessee, launched phase one of that ban by canceling a 34 year tradition. The multi-Oscar winner that still holds the all-time box office record (when you account for inflation) will no longer be screened by the Orpheum Theater Group.

The Orpheum’s feckless explanation should sound familiar to anyone who has ever heard a cowardly librarian explain why she caved to the moralistic mob and removed Lady Chatterley’s Lover or Judy Blume from her shelves.

“As an organization whose stated mission is to ‘entertain, educate and enlighten the communities it serves,’ the Orpheum cannot show a film that is insensitive to a large segment of its local population.”

Moreover, there is no moral difference between a mob burning a book and a mob bullying a film group into memory-holing a movie.

The same people who thirty years-ago pointed and laughed at the Moral Majority, who told those who picketed The Last Temptation of Christ to buzz off, who rightfully dismissed the censors with “If you don’t like it, don’t watch it,” have become what they hate: fascist moralists, hypocritical church ladies, self-righteous bullies telling others what they can and cannot watch.

And that’s not even the worst part.

If there is one last bastion of racism still accepted in America, it is the racial condescension we always see from the left, this constant treating of minorities, especially blacks, as children who are unable to deal with a statue or a word or a movie.

And then there is our corrupt national media that plays right along with the new book burners. Did you know, for instance, that 73% of black people rank Gone With the Wind as a good/very good movie? That is only 14 points lower than whites. Our media would never tell you that. Doesn’t fit the narrative.

But what blacks like or don’t like, believe or don’t believe, doesn’t matter to the virtue-signaling left, because… They know what’s best for black people.

But back to that pathetic statement. How’s this for a slippery slope, “the Orpheum cannot show a film that is insensitive to a large segment of its local population.”

Apparently, then, the Orpheum agrees and sides with those in the Catholic community who picketed The Last Temptation of Christ, with those offended by everything Oliver Stone touches, with those who want certain books removed from their libraries and sex shops closed down.

Apparently, those who hounded and arrested Lenny Bruce for violating community obscenity laws were the just and virtuous ones. Hurrah for those who banned Brando’s Last Tango In Paris!

If all it takes to censor others is something labeled as “insensitive to a large segment of the population,” how about an attaboy to North Korea for standing up for itself over Seth Rogan’s The Interview, and all those offended Islamists who placed a fatwa on Salman Rushdie.

Scratch a leftist and underneath you will always find a fascist.

Liberalism has killed every great nation and society in the history of the world. Memphis is proving that it is happening again.

Sponsored Links
SEE ALSO:  Sanders Is Accusing Trump Of Launching Politically Motivated Investigation Into Him and His Wife!

Liberalism must be countered with strength. Unfortunately, today’s Republicans seem to have none.

Boycott the Orpheum Theater in Memphis you Memphisonians!

You can end this wave of blight and stupidity!

Share this wherever you can to expose the all-out attack on all that is American!