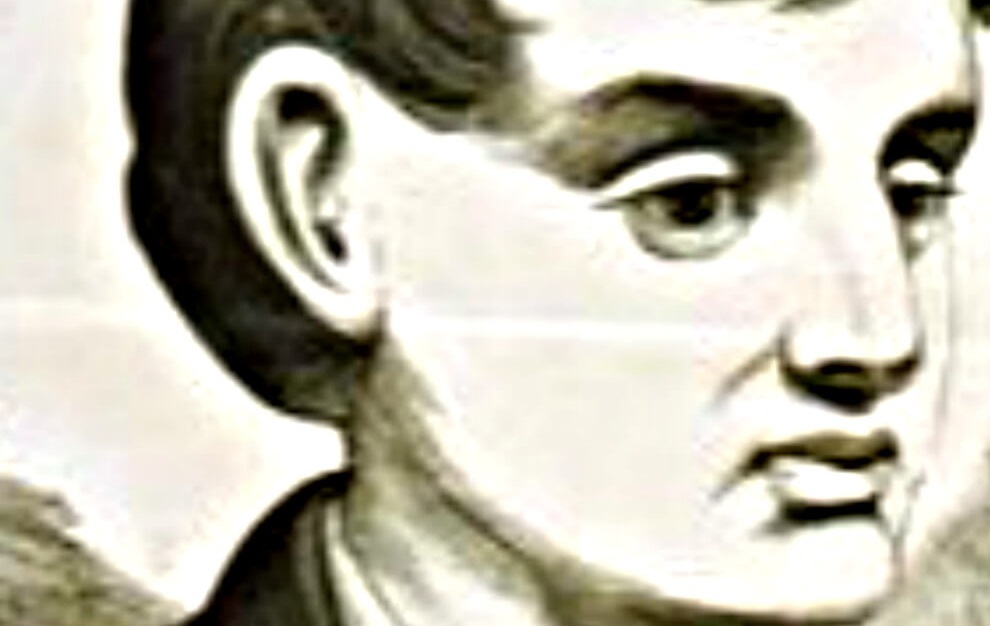 Which of the political parties in the US have promoted slavery, racism, and segregation from the start?

The easy answer: The Democrats.

Liberals will attack the right with labels such as racist, sexist, bigot, etc., but as many of you know they are the party that spreads racism, hatred, and intolerance, and they have done so all along.

A little bit of history for the next time a snowflake tries to spew nonsense at you:

President Johnson fooled Black Americans when he barely held himself back from showing his disdain for Martin Luther King, Jr. in the White House. Johnson was a Southern Texas, KKK backed Democrat! He was also a very wicked and manipulative man.

He deliberately hatched a plan to put as many African Americans on welfare as possible, and to prevent as many as possible from being able to get jobs, so that they would have no choice but to turn to welfare.


Before his malignant evil, under the worse circumstances the African American community had always been God fearing, self-respecting, hardworking, family-oriented people who pulled themselves up by their own bootstraps. It’s how they are. They were also very much in danger of becoming self-actualized and partaking of the American dream like never before because of President Kennedy.

The KKK was started in 1868, by Gen. Nathan Bedford Forest. The Knights of the Golden Circle, or the KGC, was a white supremacy group operating out of Cincinnati, Ohio. They had similar goals, none of them Republican. In order to run for public office in the South after the war you could not run as a Republican because that was the party of the Union North, and you had to be affiliated with and approved by the Ku Klux Klan as a registered Democrat. If you did not get KKK approval, you did not run for office. Woodrow Wilson was a Democrat and KKK backed.

He gave women the right to vote not because he actually thought women should vote but because doing so would dilute Black political affluence and prevent Blacks from taking significant seat numbers at the national level. But Democrats ALWAYS have played that dirty with people’s emotions, manipulating them against each other, catering to the lowest denominator of humanity, and then veiling it as God’s work or that of saint. The path to hell is really paved with good intentions because Democratic politicians are dirty scoundrels.

The history goes back even further than that, as is evident by this flyer from 1866: 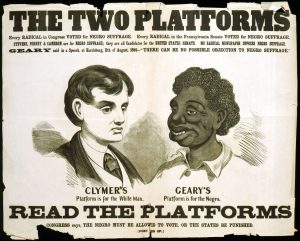 According to the Conservative Tribune:

Democrats love to pose as as the party of social change, progress, and equality, and often paint themselves in that light to contrast what they think of Republicans.

Of course, for a political organization to really be able to call itself the party of social change, it might need to have not been violently and desperately opposed the Great Emancipator, Abraham Lincoln, when he was elected president. It would help if it had not once been dedicated to the proposition that chattel slavery, based on race, was an eternal American institution — and fought a war to prove it.

It would be even better if the party didn’t have a long, encrusted history of openly avowing white supremacy, including grossly racist posters and propaganda pressing the agenda of the Jim Crow Era. Unfortunately for Democrats, their well-documented past includes all three.

The Library of Congress website, from which this image was taken, gives further context to this disturbing image, describing it as “another in a series of racist posters attacking Radical Republican exponents of black suffrage, issued during the 1866 Pennsylvania gubernatorial race.”

The issue was crystal clear.

“The poster specifically characterizes Democratic candidate Hiester Clymer’s platform as ‘for the White Man,’ represented here by the idealized head of a young man. (Clymer ran on a white-supremacy platform),” the Library of Congress continues.

The left is always quick to attack the right and accuse them of the very things they have been guilty of all along.

It is clear which party had their agenda straight from the beginning, and which party is out to ruin the country.