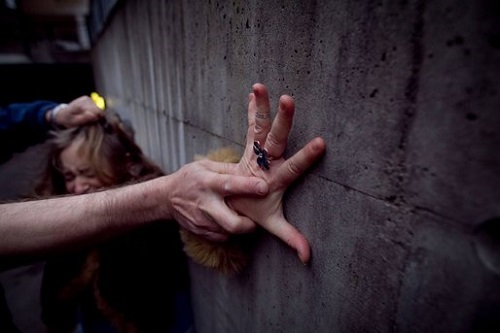 Sweden is slowly but surely starting to sound more like an Islamic caliphate than a Western European nation.

Numbers don’t lie, and the latest study out of Sweden (little Syria) proves that, when you let in hordes of impossible-to-vet, potentially radicalized, incompatible Muslim refugees, you (and your children) suffer the consequences.

Case in point: Sweden, known to many these days as little Syria, or new Syria.

A study by Defend Europa, and independent, pro-Europe news group, revealed and confirmed that there is a “Rapedemic” in Sweden, with 92% of the most extreme assaults committed by Muslim migrants, and 42% of said assaults committed against children.

The prophet was a pedophile, and the believers are following in his footsteps, bringing societies back to the dark ways of the 7th Century.


The proof is in the numbers.

Sweden has taken in more refugee migrants per capita than any other European nation — and it’s really not working out too well.

In 2015, some 160,000 refugees were granted asylum in Sweden, an idyllic Nordic nation of just 10 million. Tens of thousands more were admitted in 2016, most coming from the war-torn nations in the Middle East. In all, hundreds of thousands have swarmed the tiny country.

In one particularly heinous assault, a gang of migrants raped a girl and broadcast the attack on Facebook. Two men from Afghanistan were charged.

92% percent of all “severe rapes” in Sweden were carried out by “people with a migratory/asylum background,” Defend Europa reported.

These people have no interest in assimilating.

Assimilation goes against the teachings of their religion. They dominate. They conquer. They kill. They rape and take sex slaves. That’s it.

They need to be helped where they are, if anyone wants to help them at all. We cannot afford to bring an incompatible cancer into our societies anymore. We are dying from within.

Younger children are intentionally being targeted as well. It is all part of their civilization Jihad against the West.

This is serious, disgusting stuff, folks, and it isn’t going to change for the better if we don’t stand up and do something about it.