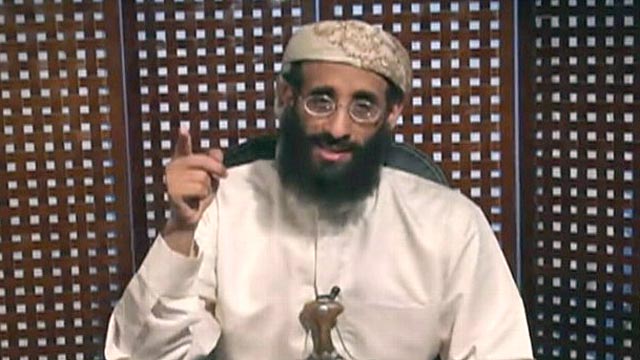 If the connection between the ‘religion’ of Islam and terrorism is not obvious to you yet, I have no words.

A radical Islamic FM radio station in the UK was suspended after a complaint was issued to Ofcom, the UK’s licensing agency. The complaint, and the ensuing investigation, stated and confirmed that ‘Iman FM’ transmitted over 25 hours of radical hate sermons from Anwar Al-Awlaki, an Al-Qaeda terrorist and disgusting preacher who was blasted to hell by a US drone attack in 2011.

According to the Daily Mail:

Iman FM transmitted 25 hours of sermons from Anwar Al-Awlaki, a hate preacher killed by a US drone strike in 2011.

A complaint was made to Ofcom, which has suspended the Sheffield-based station’s licence.

The watchdog said the material ‘amounted to a direct call to action to members of the Muslim community to prepare for and carry out violent action against non-Muslim people’.

Bosses at Iman FM have 21 days to explain themselves or be closed down. They found the extremist lectures on YouTube and broadcast them during Ramadan.

Ofcom said Al-Awlaki, who was an American Muslim cleric of Yemeni descent, was an Al Qaeda leader, recruiter and trainer.

He is said to have inspired the Charlie Hebdo attack in Paris, an attempt to blow up an American airliner and the massacre of 13 people at Fort Hood in Texas.

The lectures were broadcast in English on June 14. In one, Al-Awlaki said: ‘Prepare whatever strength you have for holy war in the cause of Allah. This is a form of worship.’

Just recently, a popular FM radio station broadcast a full 25 hours of Al Qaeda propaganda, advocating for a holy war. Right, because obviously that’s an accident—it isn’t like they were trying to incite violence, at all.

The speeches were given by Anwar Al-Awlaki, a hate preacher who was an American Muslim recruiter for Al Qaeda. Some even say that he inspired the Charlie Hebdo attack in Paris, an attempt to blow up an American airliner and massacre 13 people in Fort Hood, Texas.

Fortunately, this evil scumbag was killed by a drone strike in 2011, but that didn’t stop this disgusting radio station from playing his sermons.

This is a form of worship??

No. This is a form of undeniable proof that we cannot coexist with Islam. These brainwashed intolerant scoundrels will not integrate into western society, and we will not convert, so eventually there will be a war in our streets over these third-world barbarians who want to wage Jihad here, and we will have to give them their ticket to their 72 virgins.

SEE ALSO:  LAS VEGAS MASSACRE: Latest Radicalization Details are SICKENING, and Nobody is Talking About Them

A better, more immediate solution would be to STOP letting them in!


Just ask Muslim-loving liberal loon George Clooney and his Muslim wife why they returned to the US? Could it be that the Muslims they so defended when they attacked President Trump’s travel ban were getting a little too close for comfort? Lesson learned George?

Shut down the radio station and throw ALL of them in jail to go to prison after trial for Treason and trying to overthrow our government!!

Share if you see the obvious link between Islam and terrorism, and agree that enough is enough!