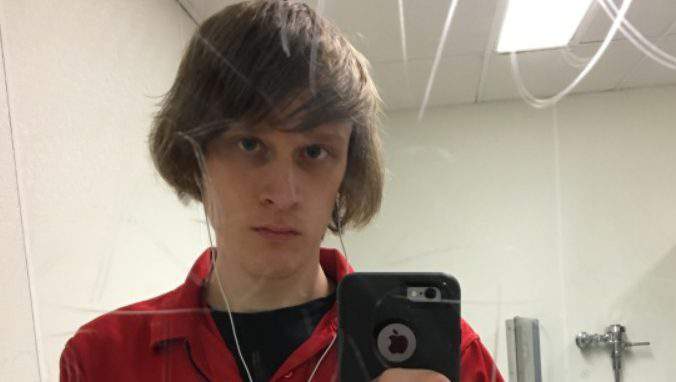 You probably didn’t hear the story of the self-identified transgender woman who barricaded escape routes in his workplace and then proceeded to gun down innocent co-workers. Of course, since this doesn’t fit the agenda of big, liberal media outlets, it wasn’t a highly discussed one.

At around 1 a.m. on Thursday, June 8, 24-year-old Randy Stair went on a shooting spree at his workplace, Weis Market, in Tunkhannock. Stair went on this shooting spree because he hated all men. He killed three of his co-workers before turning the gun on himself, committing a murder-suicide.

Randy Stair has described himself as a transgender woman. Originally thinking he was gay, he said: “Spiritually, I’m a woman…I’m a female soul. But I had to live in a man’s body to do what I set out to do. I was my soul contract. It was what I was meant to do. And I just was so happy to know that I wasn’t gay.”

While lots of details are missing, there have been reports of a YouTube page in which Stair had and was very vocal about how he felt and what he planned to do. In one video called “Goodbye”, he reiterates that he has always felt like a woman, and despised men. According to HeatStreet, in one video he says “And I just started hating guys more than anything. I hate guys, I think they’re fu—– disgusting—the facial hair they have, the body hair, the muscle build, and all that fu—– body structure shit. I hate. Everything about guys I hate.”

He also was a racist. In the same video, Randy said “I’ve always hated black people. I fu—– hate people who aren’t white—Caucasian, whatever. I hate the human race.”

The reports say that Randy started his shift at 11 p.m. He spent the two hours from 11 p.m. to 1 a.m. when the police found the four bodies stacking and barricading doors so nobody could get out. He grabbed two pistol-gripped shotguns from his duffel bag he brought with him for work. He then began to open fire on his co-workers.

Stair killed all but one co-worker. That co-worker said she had headphones in and was labeling things. She heard gunshots and then says she locked eyes with Stair. He paused, skipped over her, and then proceeded to the next few aisles. It was not known why he skipped her. Thankfully, she ran to hide and called the police.

The three that were shot dead were identified as Terry Sterling, 63, of South Montrose;  Victoria Brong, 25, of Factoryville; and Brian Hayes, 47, of Springville.

Something was without a doubt wrong with Randy. There are some missing pieces to this puzzle, but the authorities are looking to better understand the cause. It is a shame this story did not get the proper coverage it deserved, and our hearts go out to those families affected by this mess.

Please Like+Share this story to spread awareness for the families!