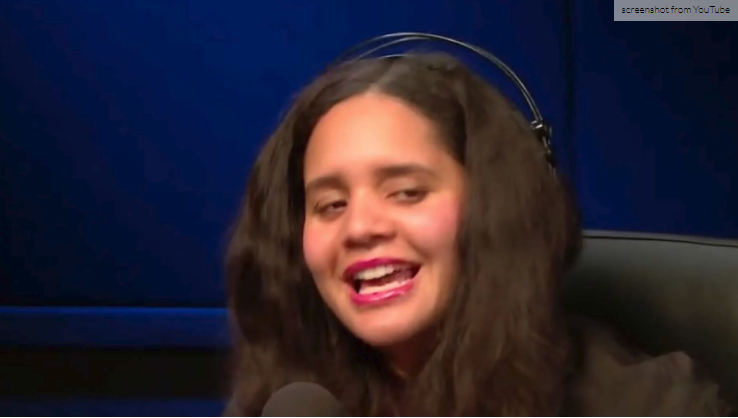 This is not the first time this has happened at one of this racist singer’s events.

Why anyone would still go and support this overt racist is beyond my ability to comprehend.

As you may know, Colombian-Canadian singer Lido Pimienta has become known for asking her fans of color to move to the front of the audience and for the white audience members to move to the back. Well, she attempted the racist stunt again just last month, but some attendees were having absolutely none of it.

One of the white attendees who refused to give in to the racist demand was a female volunteer reportedly present to take photos of the event.

The event was held at the Marquee Ballroom in Nova Scotia, Canada.


The event organizers, in an extremely racist, outrageous, and controversial move, chose to kick out the volunteer from the concert, and claimed she was no longer affiliated with the event.

This is overt racism, ladies and gentlemen. I don’t know about you, but I wouldn’t want to be affiliated with an event like this in any way, but that said, what happened to this woman is plain wrong.

Talk about intolerance. That’s liberalism for you.

As she has done before, last month, Lido Pimienta, a Colombian-Canadian singer, asked audience members of color to move to the front and white members to move to the back. Unlike other times she has made that request, some white members refused to act in accordance with her request, including a white female volunteer who was reportedly there to photograph the show.

As Billboard reported, Pimienta’s concert last month at the Marquee Ballroom in Nova Scotia’s capital precipitated responses Pimineta had not received before.

Although Billboard could offer no details regarding the alleged racism, festival officials claimed the photographer and several white members of the audience reacted with “aggressive” and “overt racism” after Pimineta requested “brown girls to the front.”

According to the National Post, Allie O’Manique, who shares management with Pimienta, said the female photographer would not budge from her position near the stage, prompting anger from some crowd members. O’Manique, whose version of events was confirmed by Festival spokesman Trevor Murphy, said that Pimienta “just kept saying, ‘Move to the back’ … finally after saying it about 10 times — and the woman refused to move — [Pimienta] said, ‘You’re cutting into my set time, and you’re disrespecting these women, and I don’t have time for this.”

Event organizers revealed the volunteer was kicked out of the concert and is no longer affiliated with the festival. The board of directors for Halifax Pop Explosion issued this statement:

We will not accept this behavior and neither should you … Be responsible for your friends — talk to them and support them as they move towards unpacking their racism. People of Color deserve safe spaces and it is your responsibility to help. It is also ours. To Lido Pimienta: we are sorry that one of our volunteers interrupted your art, your show, and your audience by being aggressive and racist. We have so much respect for the art and music you create and the space you make for women, people of color, transgender, and nonbinary people. The way you interact with the world acts and provides a thoughtful example. You are a role model to us and many people in our community. We see it. We feel it. We hope you will work with us again.

From the audience’s point of view, [men] for the most part will not think twice before they put themselves right in front of you. I am a short woman, so I always have to show up very early to be able to enjoy the music, to see the acts… From the stage point of view, I noticed how most men who plant themselves at the front, they tend to overpower ME. Their presence usually at my own show is a threatening one and I have had men grab me, grab my hands, grab my waist, scream “TE AMO MAMACITA.” My show is all about high energy and high feminine power, so I can see for some men, my energy reads “sexual” and they feel like my show is FOR THEM, when in fact, my show if anything, is for WOMXN.

When I started asking womxn to the front, I noticed how white women were usually at the front and brown girls would be behind the white girls, a bit more shy, a bit more restrained. Even at HPX, I had to call out a few black girls who were “too shocked” and felt I was “putting them on the spot” by saying, “Girl come to the front! This is for you!” As an immigrant, as an Afro-Indigenous person, as an intersectional feminist, as a mother and all of the other signifiers that qualify me as “other,” I understand what it is like to not see yourself in the media, to not see yourself in institutions and to not see yourself represented or reflected at a music show, because the “artist of colour” (and I put that in quotation marks because even that term is extremely problematic), we don’t get to see each other at that level.

I am deeply touched by HPX’s apology — they know they have a long way to go to balance things out, but at least they called themselves out and I hope this doesn’t end here but moves past the noise. I have a few ideas; I will probably share when I have time with them. We are all in a complicated and painful time, but we’re on a necessary path, unlearning patriarchal western “civilization” ways. If we don’t speak up, we will never evolve.

SEE ALSO:  WATCH: The Truth Behind the Steelers’ Attacks Aimed at Teammate and Hero Alejandro Villanueva

What do you think? Do you agree that this is blatant racism that should not be tolerated?