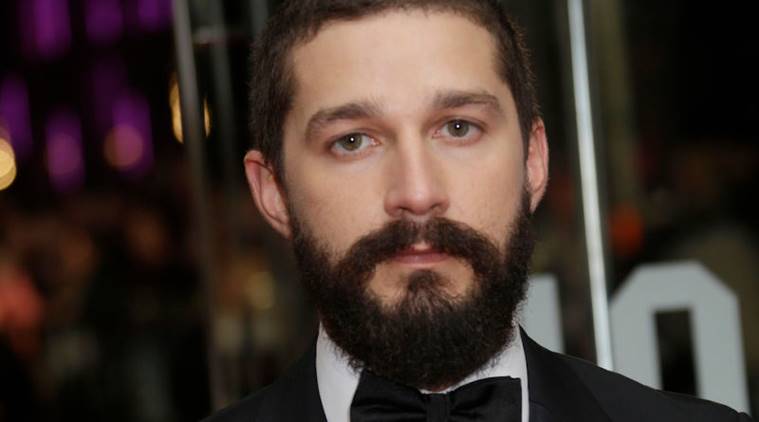 Are liberal Hollywood celebrities engaged in some type of secret competition to see who can do and say the dumbest things ever?

It sure seems that way.

Actor Shia LaBeouf was arrested in Georgia over the weekend, for allegedly harassing a stranger while drunk in public, and hurling insults and profane language around women and children.

According to Western Journalism:

Authorities in Georgia arrested Hollywood actor Shia LaBeouf early Saturday morning on suspicion of obstruction, disorderly conduct and public drunkenness after he reportedly harassed a random stranger for refusing to give him a cigarette, then berated the police for asking him to stop.

“He became disorderly, using profanities and vulgar language in front of the women and children present,” police said in a statement. “He was told to leave the area and refused, becoming aggressive toward the officer.”

The statement added: “When the officer attempted to place LaBeouf under arrest, LaBeouf ran to a nearby hotel. LaBeouf was arrested in the hotel lobby, where his disorderly behavior continued.”

This was not the first brush with the law for the actor, whose behavior seems to have grown worse since the election of President Donald Trump, whose agenda he strongly opposes.

Authorities arrested him about six months ago when he tussled with a man outside of an anti-Trump art exhibit he had set up in Queens.

When the man approached the exhibit, LaBeouf reportedly pushed him away and then pulled on his scarf, scratching the victim’s face in the process.

The art exhibit had been part of a now-defunct project where LaBeouf broadcast a live video stream and encouraged participants to congregate around the camera and repeatedly chant, “He will not divide us.”

Four months later, the Hollywood actor was sued by a Los Angeles bartender who he had reportedly accosted at a bowling alley a month prior.

This liberal loon thinks that just because he makes a ton of money for lying on television he can do and say whatever he wants, and that he is above others and above the law.

SEE ALSO:  MOORE WINNING: On Alabama and Why President Trump is a Genius

I hope his drunken obnoxious criminal activity lands him behind bars! These Hollywood celebrities think they are above the law just because they are famous, and they need to be taught a lesson!


Clearly he is mentally disturbed. He needs help.

Also, allegedly resisting arrest? The judge is probably not going to like that at all.

You really have to feel sorry for the little cupcake he’s practicing for his upcoming role of John McEnroe in Borg v McEnroe, he’s so misunderstood. Oh, wait a minute that’s why he was picked for the role being the nutcase that he is.

Share this EVERYWHERE if you agree that enough is enough with these loony liberal Hollywood celebs!