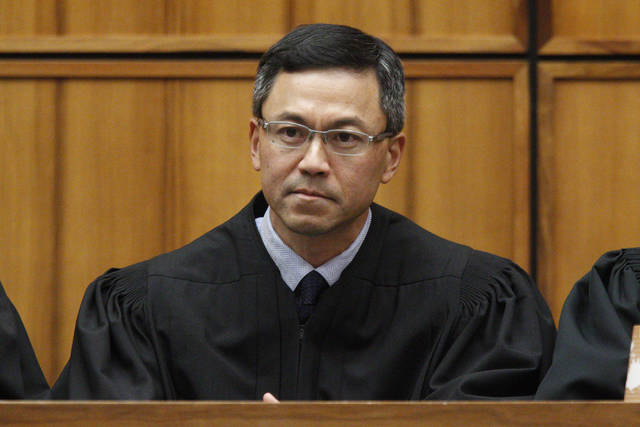 Again, Hawaii and its liberal judges are making fools of themselves.

This time around, the mockery of a judge attempted to defy the ban by expanding the list of “bona fide” family relationships required to seek out new visas from the six Muslim countries involved in the ban.

Good luck with that.

U.S. District Judge Derrick Watson ordered the U.S. not to enforce the travel ban on grandparents, grandchildren, brothers-in-law, sisters-in-law, aunts, uncles, nieces, nephews and cousins of people in the U.S.

The travel ban affects those trying to enter the U.S. from Syria, Sudan, Somalia, Libya, Iran and Yemen.

Hawaii Attorney General Douglas S. Chin applauded the ruling late Thursday, saying the court makes it clear that the administration “may not ignore the scope of the partial travel ban as it sees fit.”

“Family members have been separated and real people have suffered enough,” he said.

Last month, the Supreme Court exempted visa applicants from the ban if they could prove a “bona fide” relationship with a U.S. citizen or entity. The White House had previously said the ban would not apply to citizens of six countries with a parent, spouse, fiancé, son, daughter, son-in-law, daughter-in-law, or sibling already in the U.S.

Hawaii said grandparents, uncles and aunts and other close relatives should also be exempted. The state asked Watson, who blocked the president’s revised travel ban in March, to clarify that those family members are also exempt from the ban.

Watson rejected Hawaii’s request, saying the state should go to the U.S. Supreme Court since it was seeking to clarify that court’s requirement of a “bona fide relationship.”

Hawaii appealed Watson’s ruling to the 9th U.S. Circuit Court of Appeals, but the court said Watson’s ruling was not appealable under federal judicial laws. The 9th Circuit, however, said Watson had the authority to interpret the Supreme Court’s order and block any violation of it. Hawaii then renewed its last week request with Watson in a different form.

“Because plaintiffs now seek such injunctive relief, the court reaches the merits of their request, consistent with the Ninth Circuit’s guidance,” Watson wrote.

This judge needs to be removed from the bench. He is a disgrace to the judicial system. Only congress can either change or make new laws, not the justices.

The Obama days where the judges can make rules for themselves and where corruption runs rampant to ruin the country are now over. We have a new sheriff in town.


Or better yet, if the people of Hawaii actually support what this liberal lunatic is lobbying for, then the fix is easy. Make Hawaii EVERY REFUGEE’S point of entry. Done.

This judge is displaying a solid pattern of being clearly out of control, legislating and promulgating executive orders from the bench and putting American citizens in harm’s way to advance his masters’ political agenda.

Share this EVERYWHERE to show people how Obama appointees operate like the mafia, abusing their power to attempt to ruin our country.