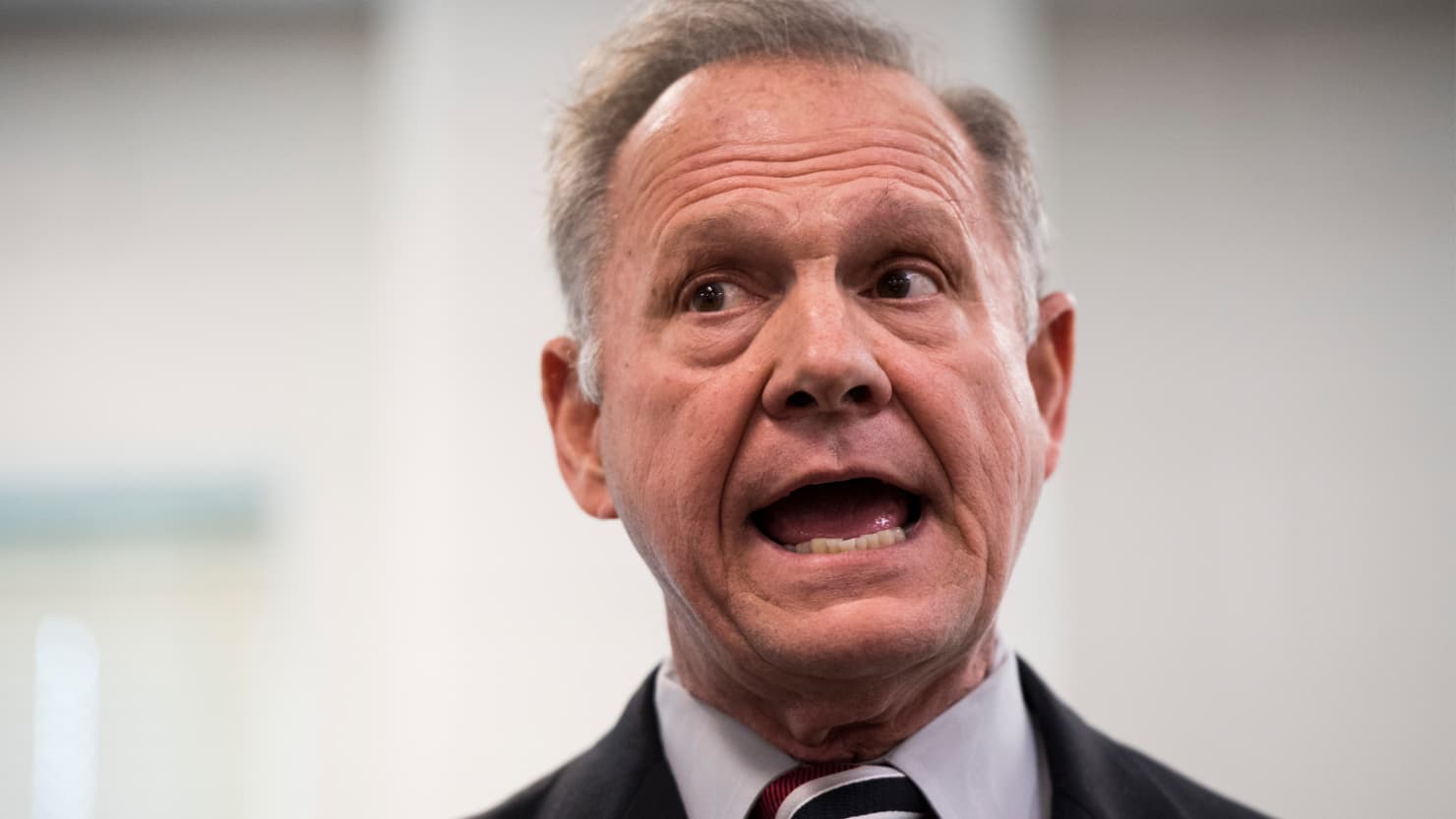 This woman must be Nancy Pelosi’s long lost twin.

Yet another baseless accusation against Roy Moore, the conservative Christian former Judge running for the vacant Senate seat in Alabama, is falling apart.

The charges against Moore seem rather obviously fraudulent at this point. As if the forged yearbook signature wasn’t enough of a dead giveaway. This is NOTHING like the case against Al Gropenstein (also known as Senator Al Franken of Minnesota), where there are pictures and physical evidence to back the claims.

This fraud, Tina Johnson, has a clear motive behind her attacks on Roy Moore as well. She made the false accusations to hurt Moore’s campaign, as Moore, while still an attorney, represented Johnson’s mother in a wild custody case for her son, which the fraud lost.

Other court documents reveal that she has a “violent nature,” that she had been treated by a psychiatrist at 15, was a teenage mother, had a history of drug abuse until as recently as 2010, and was arrested in 2010 and plead guilty to fraud involving a family member’s personal checks.


Class act, and definitely not a shady liar. Nothing to see here.

Court documents related to Tina Johnson, an Alabama woman who claims that Republican senatorial candidate Roy Moore groped her in his office decades ago, may raise questions about Johnson’s motives in making the accusation.

The documents, reviewed by Breitbart News, show that Moore represented Johnson’s mother in a nasty custody case for Johnson’s then 12-year-old son, Daniel Sitz. In the case, Johnson was repeatedly painted by Moore’s client as an unfit, absent, and unstable mother and was accused of taking her son from his elementary school against his will. Johnson’s mother was ultimately awarded custody in the case.

One affidavit signed by Johnson’s mother while she was represented by Moore accused Johnson of having a “violent nature” and noted that she “has been treated by a psychiatrist when she was approximately 15 years of age.” Johnson was a teenage mother.

Separate criminal documents show that, as late as 2010, Johnson was arrested and pled guilty to felony fraud charges related to checks belonging to a family member. She also entered a court drug program.

Speaking to AL.com, Johnson first went public with the claim that Moore groped her when she was “on legal business with her mother” in 1991. The website noted that “Johnson reached out to AL.com” to discuss her alleged experience with Moore.

The website related that Johnson was “at the office to sign over custody of her 12-year-old son to her mother, with whom he’d been living.”

Johnson claimed that, after the two met with Moore, her mother walked out of the office door first and that, as Johnson was walking out, Moore grabbed her buttocks from behind. “He didn’t pinch it; he grabbed it,” she claims.

Johnson claims that she was so surprised by Moore’s alleged actions that she didn’t mention anything to her mother — even though Johnson described her mother as sitting next to her in Moore’s office just before the alleged incident.

Like I said, nothing at all screams liar and fraud here. If you have no brain, that is.

Also, her attorney, Gloria Allred, is a paid Democratic political attack dog. She is there for nothing else but to attack Moore as a conservative candidate with nothing to hide.

YOU KNOW NOTHING: ‘Game of Thrones’ Actor Who Plays Jon Snow Forced to Apologize for Claiming Men Can Be Victims of Sexism
CNN’s Jim Acosta Thinks Writing “Fact Check” in His Tweet Makes It Real News. Fact Check: It Doesn’t.