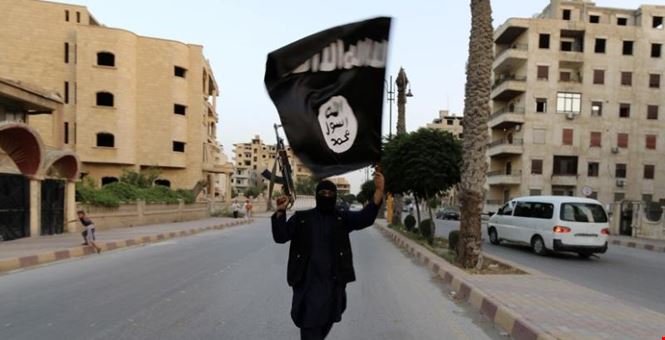 It looks like this did not fit the Leftist agenda ONE BIT. This will make you not want to EVER purchase a Netflix account.

Like all Democrats and Leftists, Netflix can’t show the truth about these ‘peaceful’ Muslims. If they did, Democrats, who want to import yet more Muslim potential terrorists, would never win another election.

After the horrific attacks in London, Netflix has decided to pull their tasteless politically-correct show, “Jihadis Next Door,” which featured one Kurah Shazed Butt, who happens to be one of the radical Islamic terrorists who carried out the recent attacks on London bridge!

According to Town Hall:

Netflix has removed the “Jihadis Next Door” documentary which included Kurah Shazed Butt, one of the terrorists responsible for the attack on London bridge this past weekend.

He appeared in the documentary along with other individuals associated with the British Islamic group al-Muhajiroun in London. In one scene, Butt helps unfurl a black Islamic banner, similar to an ISIS flag, in Regent Park and prays in front of it.

“Netflix said it had removed the content globally yesterday at the request of the distributor,” according to Metro UK.

The Channel 4 documentary, directed by Jamie Roberts, also featured Siddhartha Dhar (Abu Rumaysah), a former bouncy castle salesman who joined ISIS in Syria in September 2014 and is now suspected to be the new “Jihadi John” in the group’s propaganda videos.

Roberts said in an interview in January that the starting point for his film was “to ask whether the ideological warfare being waged by Islamic extremists on the streets of Britain translates to terror at home and abroad,” and that Rumaysah proves that it does.

Realistically, it’s no secret that the Democrats don’t want to piss off the Muslim community because then they’ll lose their vote for sure, and in even more areas of the country than they already have. Think about it…like the Muslims are ever going to vote conservative.

Personally, my questions here are, what did the documentary’s “outtakes” show? How much did Netflix know ahead of time and not tell anyone?

Moreover, these shows are edited from hundreds or even thousands of hours of filming. Maybe the savages got comfortable having the cameras around all the time and said something useful to the authorities. All of the hours of tape should be confiscated and examined and Netflix should be exposed if there’s any incriminating evidence about any attacks that they hid to “protect” these animals.

The attack by the three radical Islamic terrorists Butt, Zaghba and Redouane at the London Bridge/Borough market killed 8 (confirmed thus far). All three scumbags were killed by armed officers within moments of carrying out their attack.

It is amazing how the Left defend EVERY FORM OF EVIL until some catastrophe makes it impossible, so they claim the catastrophe is a singular anomaly…erase all evidence of the story…and wait for the next catastrophe to happen by NOT addressing the causes of the first one. “Move along…nothing to see here…”

The truth is, Islam promotes the application of Taqiyya, or deception. Google it.

Ultimately, this is a practice outlined and thoroughly explained in the Quran. When Muslims are few in numbers, they try to “smooth over differences” by claiming that they are a religion of peace, and that there is nothing to worry about. When they become more numerous, they demand a special status and entitlements, which is what we are seeing in the US today. The real danger is when Muslims outnumber you, then it becomes Islam, or else…

Another VERY GOOD reason not to have Netflix.

Trump Assaulted: CNN Host Attacks Trump- Then Gets Booted!
Jeff Sessions’s Testimony- The Media is in a Frenzy!