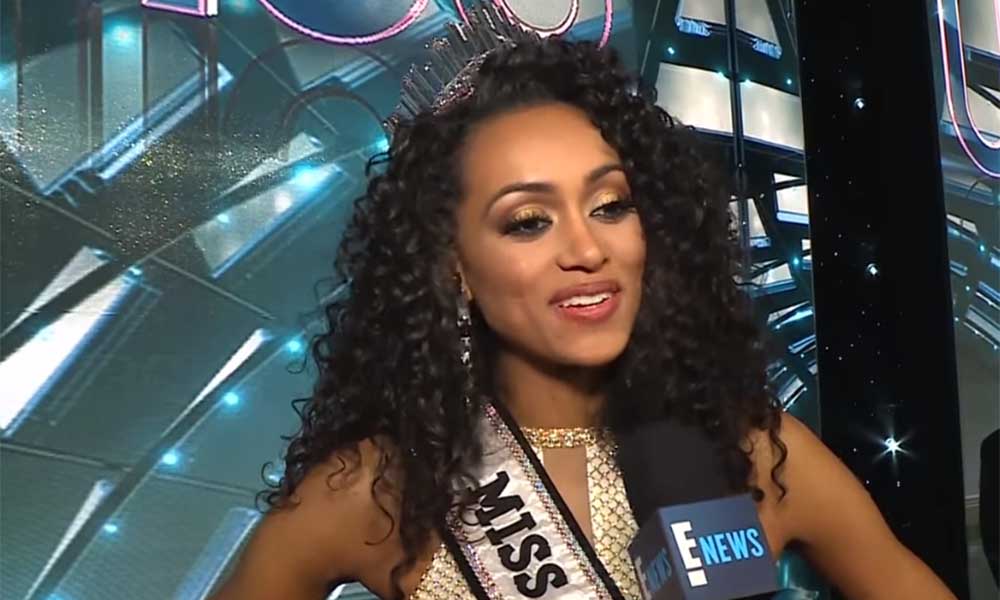 On Sunday night, a new Miss USA was crowned, but it seems that her victory has been overshadowed by controversy. The Miss USA pageant, which aired on FOX saw a significant decline in the broadcast ratings for the second straight year, according to Nielsen overnight data.

Kara McCullough, who represented District of Columbia, took the crown and the title, but she lost points with many liberals who didn’t like her conservative answers in the question rounds. McCullough is a scientist at the Nuclear Regulatory Commission. Her Pro-Trump views didn’t sit too well with some Americans. In response to a question about healthcare, she stated that health care is a privilege, not a right, and rejected man-hating feminism in favor of equal opportunity.

The Miss USA pageant was hosted by Julianne Hough and Terrence J. Co-host Julianne Hough presented the question to Miss District of Columbia. “Do you think affordable health care for all US citizens is a right or a privilege and why?”

In response, Miss District of Columbia stated, “I’m definitely going to say it’s a privilege. As a government employee, I am granted health care, and I see firsthand that for one to have health care, you need to have a job. Therefore, we need to continue to cultivate this environment that we’re given the opportunities to have health care as well as jobs to all the American citizens worldwide.”


Some Twitter users expressed their disgust with her answer.

#MissUSA is an idiot. Healthcare is a right! No one asks to be sick or injured! #resist

Jersey was ROBBED! I was on board with D.C. until she gave that sad, uneducated answer on healthcare. Nope!! #MissUSA

Others supported her comment and were in full agreement:

#Editorial The #MissUSA winner is right, Healthcare is not a right.

healthcare is a privilege.

HEALTHCARE IS A PRIVILEGE, NOT A RIGHT! OUR NEW MISS USA IS ABSOLUTELY RIGHT. YOU WANT HEALTHCARE, WORK AND EARN IT.

The final question given to each of the three finalists was about the meaning of feminism and Miss DC rejected feminism, stating, “As a woman scientist in the government, I would like to lately transpose the word feminism to equalism. I don’t really want to consider myself — try not to consider myself like this die hard, you know, like, oh, I don’t really care about men, but one thing I want to say, though, women, we are just as equal as men when it comes to opportunity in the workplace.”

Are you happy with the fact that Miss DC won the Miss USA pageant and do you agree with Miss USA that Healthcare is a privilege and not a right?