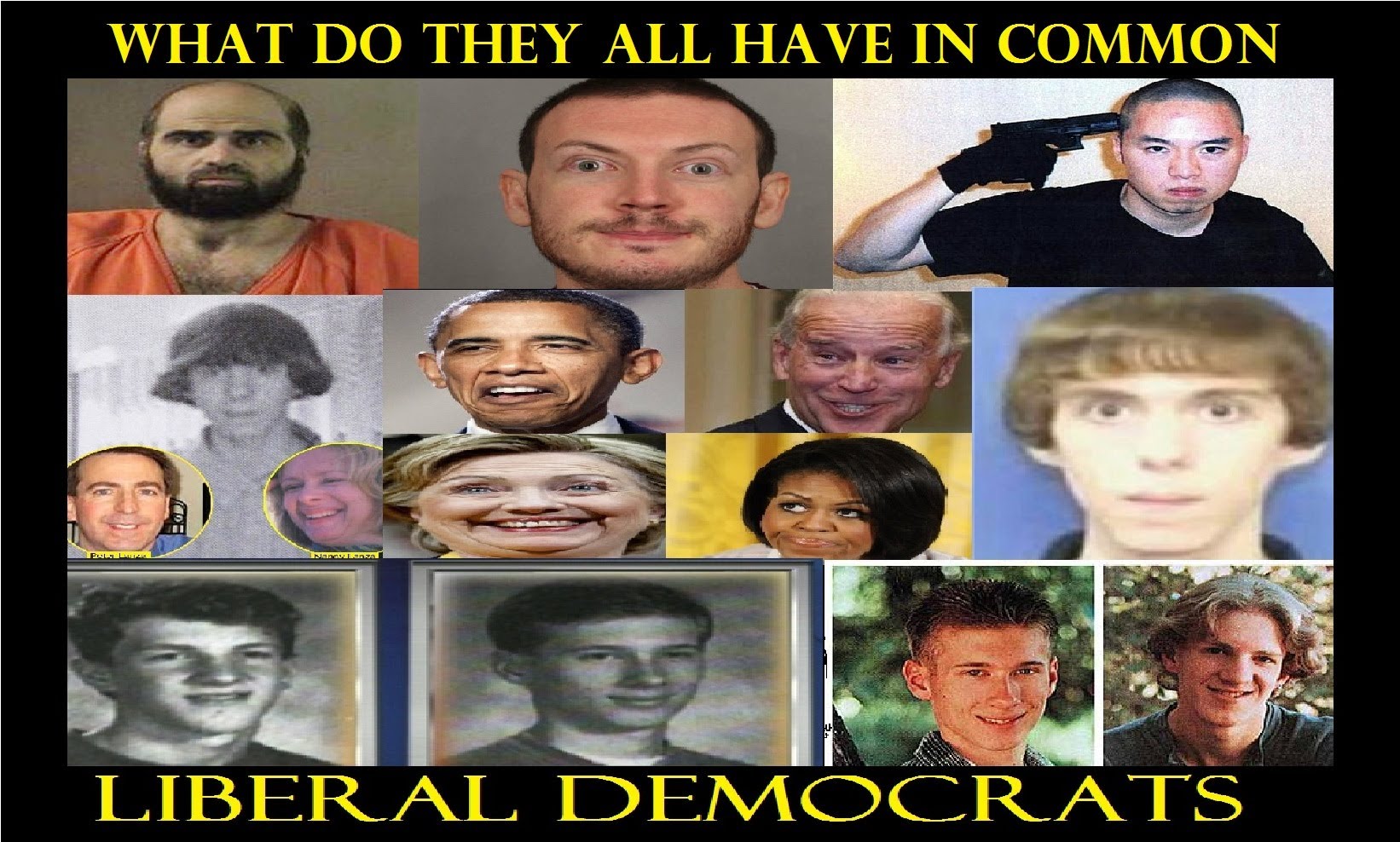 There seems to be a disgusting and scary pattern emerging in our nation… EVERY SINGLE recent mass killer has been a confirmed leftist Democrat.

And they say WE spread hatred and intolerance?

According to Joe For America:

Now you can add Elliot Rodger – the next in a long line of mass murderers with mass murder on their minds:

Why are no conservative NRA members involved in mass shootings?

Curious, isn’t it? So I was thinking, maybe we should just make it illegal for Democrats to buy guns?

Let’s not forget Brandon King how about Robert Bird = KKK= Democrat! The Democrats started the KKK.

Democrats for decades tell a lie and keep repeating it. If anybody else does something horrible, Dems are quick to point it out. The Left has been avoiding the true about email and letting good men die on her watch. Check the news tonight no truth from them.


And, of course, there is always the biggest Communist Democrat Mass Murder of the all, Jim Jones the leader of the “People’s Temple.” He worked to get Harvey Milk elected…He worked with now Gov Brown of California and he was in close contact with President Carter and his staff…Most Leftist Academics leave his political affiliation out of the story…He murdered over 700 men women and children to include several infants…And they left their Millions of Dollars to the Communist Party of the USSR…

Enough is enough. Share this EVERYWHERE to expose the truth about this sinister pattern of evil from the Left and their supporters!