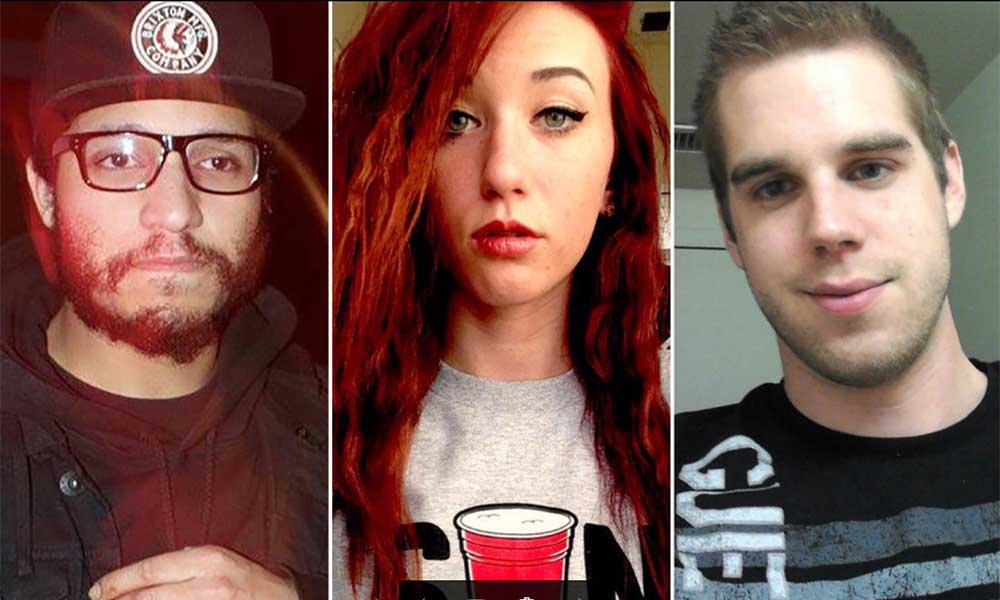 Kevin Venbrux, 26, of Lititz, Amanda Howley, 24, of Birdsboro and Joel T. Beger, 29, of Wayne were busted by Northern Lancaster County Regional Police Department officers when they responded to a complaint. Saturday morning, officers received a complaint stating that three people were getting busy on the rooftop of a building nearby, according to a press release.

Officers interviewed the trio upon arrival. The three confessed to the outdoor tryst but stated they “felt their position was private and not able to be observed from other locations,” according to the police.

The three subjects were charged with disorderly conduct, due to the creation of physically offensive conditions.

However, on Monday, Venbrux took to Facebook asking his friends to stop tagging him in news stories related to the incident “even if you do think it’s funny.”

Disclaimer: The news makes it look a lot cooler then it was. Before the shit storm of social media scolding, questions, and a million stories being made up about the situation. Please feel free to message me and I’ll explain to all your gossip wanting ears. Untillll then I apologize if this represents me as a person poorly, just remember. Not everything you read in the news is true lol. Please refrain from sharing or tagging me. We all have jobs, be respectful. Even if you do think it’s funny.

When friends inquired about the situation, Venbrux denied accusations stating that the trio was  “just watching the sunrise” and “kissing.”

“Apparently that is considered a sex act now,” Venbrux wrote.

The news I’m sure just saw the story and jumped on it. I would too. But it’s very very far from the actual truth. We certainly were all up on the roof being loud early in the morning. But it was far from as raunchy as they are making it sound. PG//PG13. Nothing to call mom about.

He later followed up with his final verdict on the swirling allegations, posting on Facebook, simply stating “FAKE NEWS.”

All three are presumed innocent until proven guilty.