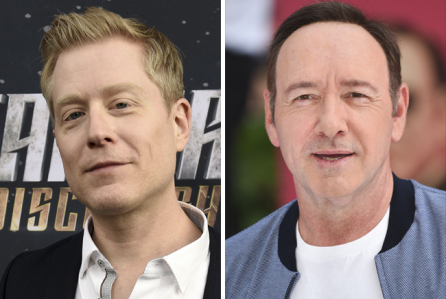 This situation in Hollywood is descending into chaos, folks.

Or, more appropriately, it has already plunged into chaos.

In the midst of the whirlwind of sexual harassment and sexual assault accusations plaguing Hollywood and many of its most famous, actor Kevin Spacey has come out gay, not denying that he made sexual advances on actor and Broadway star Anthony Rapp back in 1986 when Rapp was only 14 years of age.

That is a lot to digest.

In a Sunday interview with Buzzfeed, Rapp, who is now 46 years old, claimed that over 30 years ago, back in 1986, Spacey threw him on a bed at a party and got on top of him when he was only 14.


Spacey, in response to these accusations by Rapp in the interview, came out as a gay man and did not deny the incident.

Out of all people, Kevin Spacey?

What has this society come to?

Actor Kevin Spacey came out as gay and claimed he had no memory of a decades-old incident in which he allegedly made a sexual advance on a 14-year-old actor in an apology statement posted to his Twitter account Sunday night.

In an interview with BuzzFeed News Sunday, Star Trek: Discovery and Broadway star Rapp — now 46 — claimed that Spacey made an unwanted sexual advance advance on him in 1986, when both actors were performing on different Broadway shows.

Rapp alleged that Spacey, then 26, invited him to his apartment for a party. When the party had concluded and the other guests had left, Rapp claimed Spacey carried him on to his bed and climbed on top of him.

“He picked me up like a groom picks up the bride over the threshold. But I don’t, like, squirm away initially, because I’m like, ‘What’s going on?’ And then he lays down on top of me.”

“He was trying to seduce me,” Rapp continued. “I don’t know if I would have used that language. But I was aware that he was trying to get with me sexually.”

Rapp also said that he has never told anyone about the experience, but has grown increasingly resentful of Spacey’s success.

“My stomach churns,” Rapp said. “I still to this day can’t wrap my head around so many aspects of it. It’s just deeply confusing to me.”

In a tweet on Sunday evening, Spacey said he did not remember the encounter, but offered him a “sincerest apology” for whatever might have happened.

“But if I did behave then as he describes, I owe him the sincerest apology for what would have been deeply inappropriate drunken behavior,” Spacey wrote.

He then went on to come out as gay:

This story has encouraged me to address other things about my life. I know that there are other stories out there about me and that some have been fueled by the fact that I have been so protective of my privacy.

As those closest to me know, in my life I have had relationships with both men and women. I have loved and had romantic encounters with men throughout my life, and now choose to live as a gay man. I want to deal with this honestly and openly and that starts with examining my own behavior.

So, he doesn’t own up to it, blames it on the alcohol, and is trying to use his gay reveal to be excused from the crime?

Yet another Hollywood pervert trying to get out of trouble.

Who knows how many other Spacey-related incidents there might be?