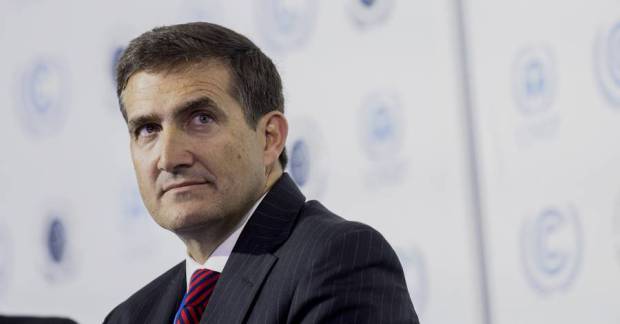 John Bryant, CEO of Kellogg’s, has resigned, stepping down as his ex-company’s sales figures continue to suffer.

Many attribute the hardship Kellogg’s is experiencing to the wave of leftist, liberal comments released by the company, as well as the anti-American causes it sponsors.

Well, maybe you shouldn’t have pissed off Americans, Bryant.

When will liberals ever learn?

Although the CEO stepped down, I don’t think Kellogg’s is going to be doing that better anytime soon.

Boycotts work. Plain and simple. It is our most effective way of hitting corrupt corporations where it hurts, in their wallets, and sending a loud and clear message that we will not tolerate any anti-American agendas on our watch.

Kellogg’s CEO John Bryant has stepped down from his post as sales continue to stagnate for the cereal giant. Kellogg’s has also looked outside the company for a replacement.

Bryant, 51, leaves the top of the company after seven years of falling revenue, a contracting work force, major reorganization, and a shift in customer tastes, the Detroit Free Pressreported.

Since January of this year, Kellogg’s launched a campaign dubbed “Special K,” meant to reorganize its distribution system necessitating the elimination of over one thousand jobs across the country. The program also affected the jobs of thousands of contractors.

Along with the company’s headquarters in Battle Creek, Michigan, some of the states hit by the cuts are North Carolina, where almost 500 were fired; nearly 300 were fired in facilities in New York, 219 workers were cut in Minnesota, and 500 were laid off in Pennsylvania.

Despite its near decade of struggling to stay profitable, during most of which Bryant was CEO, the company claimed Bryant resigned for “personal reasons.”

“It has been my pleasure to serve as the CEO of Kellogg Company over the past seven years,” Bryant said in a statement. “I am even more confident in the future of our company today than at any other time in my 20 years with Kellogg.”

Kellogg’s moved quickly to replace Bryant but did so by looking outside the company.

Steven Cahillane, 52, was brought in to lead the breakfast food giant after a three-year stint as CEO of vitamin and nutritional supplement maker Nature’s Bounty.

Once thought to be in the running for the top slot at Coke, Cahillane left the soft drink company after a surprise internal shakeup. He also spent over a decade in the beer industry going from a Chicago craft beer start-up to Coors to beer giant AB InBev, owner of Anheuser-Busch.

The sudden announcement sparked “more questions than answers” on Kellogg’s status, according to Goldman Sachs.

Most, if not all of us remember how, not long ago at all, Kellogg’s (undoubtedly via approval of the CEO) decided to attack and marginalize traditional Americans? They basically made the decision to get involved in politics, which they always have been involved in, trash us, and we should sit down and take it?

We decided to boycott.

We have since witnessed the decline of all Kellogg’s products, enjoying the sight of the products of the company that trashed us all, going un-purchased.

Kellogg’s was in a decline, but make no doubt, WE killed Kellogg’s.

One for the good guys.

I think it is too late for them.

Even if they change their CEO and apologize, it would be disingenuous and we don’t fall for things twice.