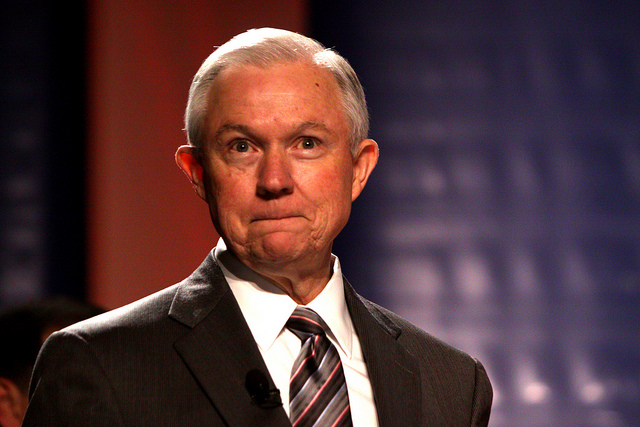 If Jeff Sessions had a private hearing with the Senate Intelligence Committee, I don’t know what the media would say. Everything from “I’m guilty” to a huge long stream of conspiracy theories they say Sessions swore by. Fortunately, Sessions decided to have a public hearing. After months, and almost a year, of the Trump campaign saying “we are innocent”, what better way to give it to the media than to have one of the top people who supposedly knows about Russian collusion give a public hearing in broad daylight?

After James Comey had given his own testimony, people were completely shocked to hear that Sessions would give one of his own. This is an effort to clear up all of the names the Democrats and media are blackening. They lost their marbles when they found out it would be public. They were wrong to assume it would only be a private hearing. What should we expect from this?

Jeff Sessions had meetings with Russian Ambassador Sergei Kislyak in 2016. He has claimed only two meetings and stood by that number since he said it.

…So where does the controversy start?

At an event for the Trump campaign, both Kislyak and Sessions were attendees. The event was at the Mayflower Hotel. The theory is that Sessions could have had a third meeting with the Russian Ambassador. These allegations are constantly thrown at Sessions. He then continues to throw the same answer: “False”. He insists a third meeting never happened.

While that card is still being played, you might remember that Jeff Sessions recused himself from the Russian meddling investigation a day after the report that he met with Russian officials twice during the transition period came out. He plans to give his own two cents and clear up some information.

One of these things to clear is his SF-86 security clearance form. This allowed him to not be required to document all of his meetings with foreign officials. This is the explanation for why he wasn’t already fired- it was legal. It was a “gotcha!” story because Sessions didn’t document these two meetings. This made the mainstream media go into a frenzy mode. They claimed he was guilty of a multitude of crimes and wrongdoings.

When he takes his chair tomorrow, you can be certain that the Democratic Senators will be asking the “hard”/weird questions. What I mean by this is they are going to try to confuse the viewers and Sessions himself. Even with the Comey testimony, we could clearly tell by the Democrats’ dialogue they were trying to promote Comey and make the Trump administration seem clueless.

Overall, Sessions made the right choice to testify. Even CNN thinks so. A public testimony to clear the names and set the record straight will benefit the case in general. Jeff Sessions is one of the first names brought up when you discuss “Trump-Russia”. By him saying, “I’m ready to set the record straight in an open hearing”, he can do significant good.