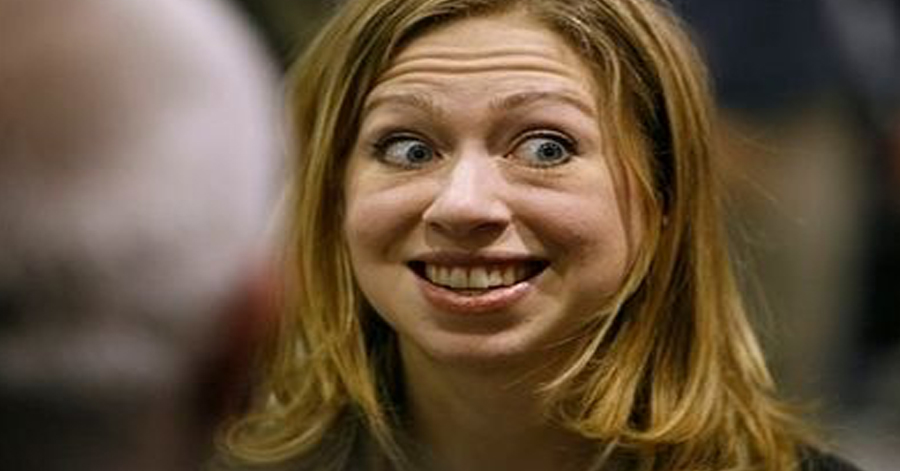 This has to hurt… if you have a soul.

Chelsea Clinton must have forgotten her last name when she rushed to slam President Trump’s tweets regarding banning transgender persons from the military. Or maybe she was just begging for a hefty dose of instant karma.

Twitter users had a field day with the Clinton daughter after she took to the site to rant about LGBT “rights” and the President’s supposed infringement on them.

Newsflash, airhead: there is no “right” for anyone to enter the military. You EARN it.

This is the wrong domain for liberals to wade into. Their narrative does not fit here, and for good reason.

If you fail any test, from vision, to physical, to whatever the military decides is a qualifier for you to enlist, you are out. Period. End of story. Capiche?


Not only is this not a rights issue, but Chelsea must have also forgotten what family she comes from. What a hypocritical brat.

Former First Daughter Chelsea Clinton joined the fray on Wednesday after President Donald Trump started a firestorm by announcing transgender people will no longer be permitted to serve in the U.S. military.

Little did Chelsea know that she herself was about to be scorched, after claiming Trump has “consistently failed” to support equal rights for the LGBT community.

On Sept. 21, 1996, President Bill Clinton signed the Defense of Marriage Act, which, among other things, denied federal benefits to married same-sex couples.

As reported by The Washington Post, Hillary Clinton ran for president in 2008 — in opposition to gay marriage.

Haines™ smacked Chelsea over “step-dad” (you’ll have to look that up if you’re so inclined) and mom’s expedient “evolving” position on gay marriage.

And the roasting goes on and on and on…

When does the Never Chelsea movement start?

NOT SO FAST: Department of Defense Reacts to President Trump’s Transgender Ban
Is it About Time for a Third Party?