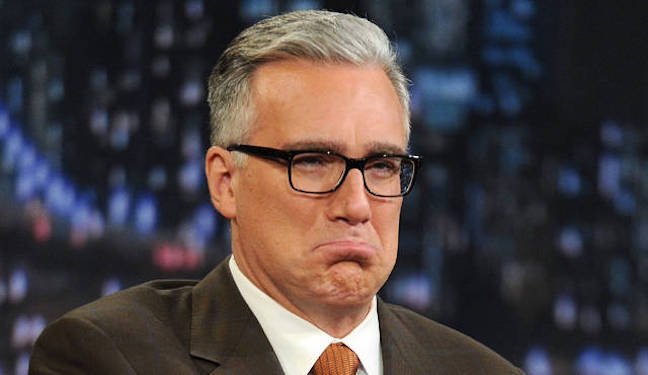 How ignorant is GQ’s Keith Olbermann?

In typical liberal airhead fashion, Olbermann used his celebrity platform to lead with his emotions and deflect the blame off of the Democratic party to push another big liberal lie.

While the nation reels in the aftermath of the deadliest mass shooting in US history, Olbermann is using his reach to say that he thinks the NRA is to blame, and should be branded a terrorist organization.

If we’re going to have a REAL conversation here, Mr. Ignorant, these are the facts:

Name ONE SINGLE registered NRA member that has committed a mass shooting.

Tired of finding nothing?

According to Quora: None of the shooters (as of data obtained on June 6th, 2017) were known to be members of the NRA (referring to mass shootings in the US).

I can name at least 10 that are/were registered Democrats.

Tell me more about why the NRA is the group that should be labeled a terrorist organization?

Keith should know that the Democrats have many, many more terrorists affiliated with them than the NRA does.

This chart brutally sums up the truth: 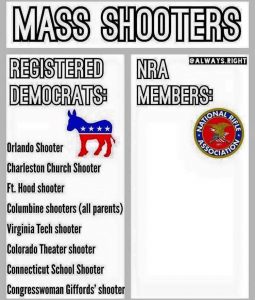 The point here is that the Democrats need to shift the blame to keep their big lies going.

Don’t be fooled, America: the Democrats have way more terrorists under their belt than the NRA does. The NRA is still at ZERO.

Criminals who obtain guns illegally do not obey laws. So, tell me more about how more laws would stop ILLEGAL gun violence?

All more laws would do is make it harder for peaceful, law-abiding American citizens to obtain the guns they need to defend themselves in a society littered with registered Democrats bent on killing as many Trump supporting Republicans as possible.