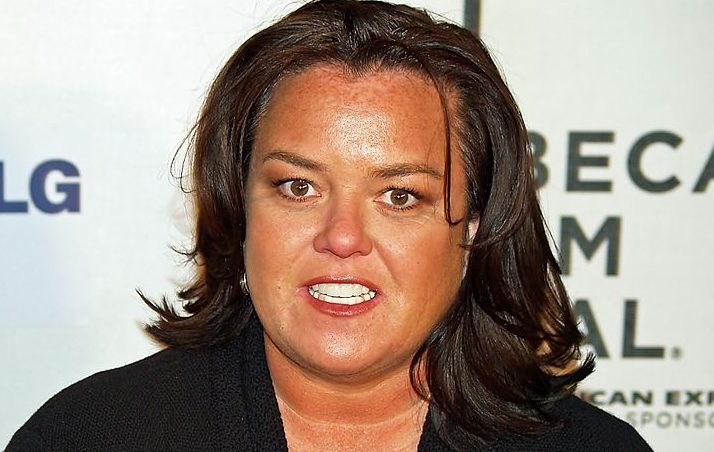 In this, I plan on identifying six of what I believe to be the most ridiculous quotes that show just how out of touch a Hollywood idiot is. Of course, most I think are stupid enough to get a chuckle. But, the reality is they are truly despicable. 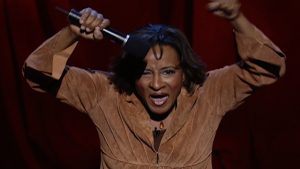 “I think Rush Limbaugh was the 20th hijacker but he was just so strung out on Oxycontin he missed his flight … Rush Limbaugh — I hope the country fails. I hope his kidneys fail, how about that? He needs a waterboarding, that’s what he needs.”

Holy hell Wanda, with that kind of talk  I would think you were crazy. That’s right. You are. Wanda Sykes as many of us know hasn’t been relevant since the early 2000’s. But, like every liberal who thinks their crap doesn’t stink, she has an opinion that she actually believes is important. She easily made it on our list of Hollywood crazies. 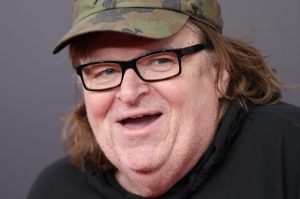 Hold on, so you’re saying that there are terrorists that will do unspeakable thing. But, they aren’t a threat? You know what? I think I am going to start referring to the extremists that chant “death to America” as misunderstood. In many ways, couldn’t we also say that against the males that carried out the attack in Columbine?


Michael Moore is in a class by himself when it comes to being a Hollywood idiot. 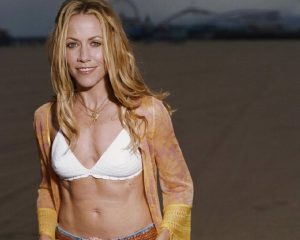 “I propose a limitation be put on how many sqares [sic] of toilet paper can be used in any one sitting. Now, I don’t want to rob any law-abiding American of his or her God-given rights, but I think we are an industrious enough people that we can make it work with only one square per restroom visit, except, of course, on those pesky occasions where 2 to 3 could be required.”

Listen Ms. Crow, I don’t think you have had a morning after binge drinking and eating Jack In The Box. Let me tell you, one, two or three squares just wont cut it. The destruction caused by fast food industries leave a very destructive trail. And, don’t let me forget the dollar burritos in Walmart, we should put stricter sanctions on them bad boys than we ever had on Cuba. But, on a more serious note. Ms. Crow, feels as though like most liberals that somehow President Trump will be impeached. Well here’s some news, you have nothing to impeach him on. Remember that speculation does not mean truth. 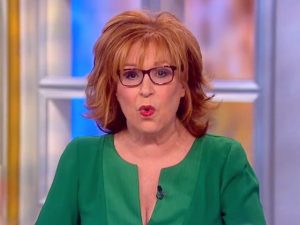 “Isn’t it a little racist to call it Black Friday?”

NO! Black Friday is a term used by retailers as a way to show profitability. In many months throughout the year they are often in the RED. But, around that time of the year they are no longer in the RED, hence the term BLACK Friday. Or, are we just not allowed to use the color black anymore, out of fear of offending the easily offended? 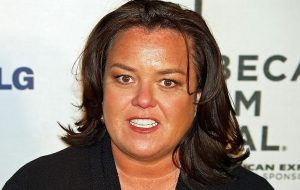 First, what the heck? Second, How the heck? Third, why the heck? Would you say that! We have actual soldiers dying overseas fighting these assholes, and you sympathize with them? This is beyond deplorable. Beyond despicable. This is downright stupidity. How stupid do you have to be to sympathize with the very people who are responsible for the death and destruction of thousands, if not millions of innocent people. Finally, Rosie you should be ashamed of yourself! You have used your platform to criticize the Presidents son and make outlandish claims. But, don’t you think the line is crossed once you sympathize with terrorists? This folks, is what a Hollywood idiot looks like. Hopefully, I don’t get sent to Facebook jail for stating what should be obvious. 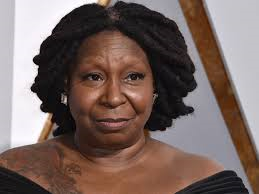 “I know it wasn’t rape-rape. It was something else but I don’t believe it was rape-rape. He went to jail and and [sic] when they let him out he was like “You know what this guy’s going to give me a hundred years in jail I’m not staying, so that’s why he left.”

Surprisingly, this was Whoopi defending Roman Polanski. Roman Polanski was a man who raped a 13-year old girl. But, according to Whoopi this wasn’t rape-rape. What does rape-rape look like? Are you saying that it’s acceptable to have sex with a girl barely old enough to have her period? Undoubtedly, this is disturbing. This is the kind of thinking that elders in Middle-eastern countries have. The fact that this woman has a platform that allows her to sympathize with rapists is beyond wrong.

Share if you think that every Hollywood idiot on this list is out of touch with the rest of the country. Don’t Forget to comment so you continue to see us in your feed.

Sponsored Links
Continue Reading
You may also like...
Related Topics:politics

OUT-OF-TOUCH: Kim Kardashian Told a Dubai Fashion Magazine Her 4-Year-Old ‘Would Do Better’ Than President Trump…
SURPRISED? What Kaepernick was Just Found Doing Might Have Sealed His NFL Fate for Good…