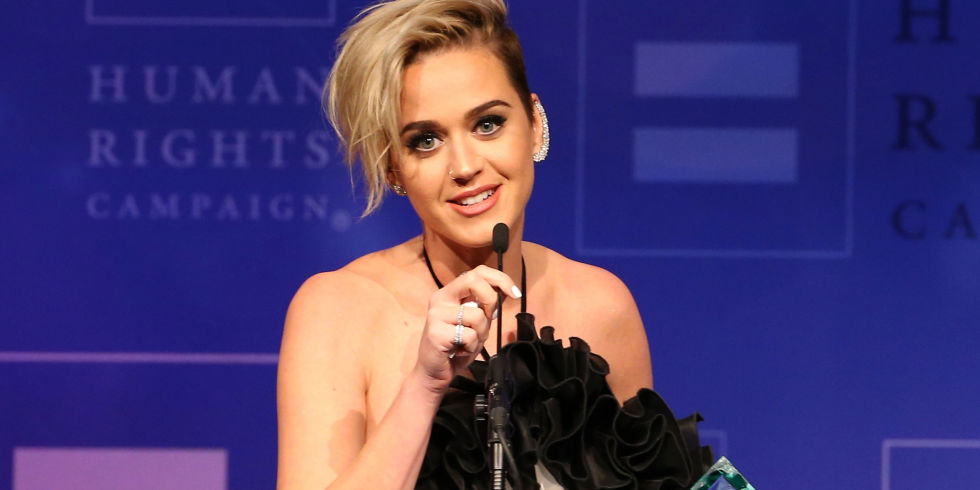 I am still laughing at this one, folks, and I heard the news a few hours ago.

Outspoken Hillary Clinton fan-girl and liberal activist Katy Perry, who once was the megastar that sold out venues weeks, even months, in advance of her tour dates, was just found selling tickets to her upcoming tour on Groupon.

The site where people go to sell stuff when their stuff doesn’t sell.

This is hilarious, folks!

Perry and other liberal Hollywood celebrities like her have been nose-diving in popularity ever since all the post-Obama political whining became trendy again.

Well, it seems that these airheads will never learn.

Her tour “Witness the Tour,” has now taken its ticket sales to Groupon, and they are going for a really, really reduced price.

According to the Daily Caller:

This is not a drill. Katy Perry has literally begun selling tickets to her upcoming tour, “Witness The Tour,” on Groupon.

Perry has been plummeting in popularity since she started getting all political and whining about her breakup with Orlando Bloom. She cut her hair to look like a British schoolboy (no offense to the British schoolboys out there), made a bunch of remarks about Donald Trump, and started wearing pantsuits like Hilary Clinton.

I mean come on. Nobody enjoyed it when Hils blamed everyone else for her election loss. Stop blaming Trump for your album failure. It’s not a good look.

So as Katy continues on her downward spiral, she’s taken to Groupon to sell tickets at a SIGNIFICANTLY reduced price.

$9 for a ticket? I don’t like Katy’s new work but I didn’t expect it to retail for less than a day old hoagie at a Brooklyn corner market.

I should have seen this coming. Last month, she announced she was postponing her tour due to “unavoidable production delays.”

Unavoidable production delays don’t happen to megastars like Britney Spears and Taylor Swift. If thousands of people are streaming into an arena to watch you sing, YOU FREAKING SING. It doesn’t matter if the place burns to the ground while you perform. You give those paying customers what they want.

But since the sun is setting on Katy’s popularity and literally nobody enjoys her music, we the consumers can see through nebulous jargon like this. “Unavoidable production delays” really just means nobody wants to Witness the Tour.

It’s not for a lack of trying. She hosted the least-watched VMAs in MTV history a few weekends ago. She live streamed her every waking moment on Snapchat earlier this summer. Katy gave it a real, honest effort.

But I miss the old Katy Perry. Where she was dancing on cotton candy and not a single political utterance came from her. Now she’s trolling Republicans online and begging people to see her in concert. Not exactly a winning formula.

This is justice, served cold, by the American people.

Good luck while you and other liberal airheads continue to make fun of and berate the majority of Americans that voted for President Trump to make America great again (yes, Hillary won the popular vote due to illegals voting and other voter fraud practices, like registering dead people to vote).

Hollywierd is a dying business, dying since they cannot stick to mediocre entertainment and keep their political views to themselves.

Bashing and berating half of your customer base, the ones that voted for our president, is a death sentence to the industry!

Katy, you should have stuck to music and whining about Orlando Bloom, sweetheart.