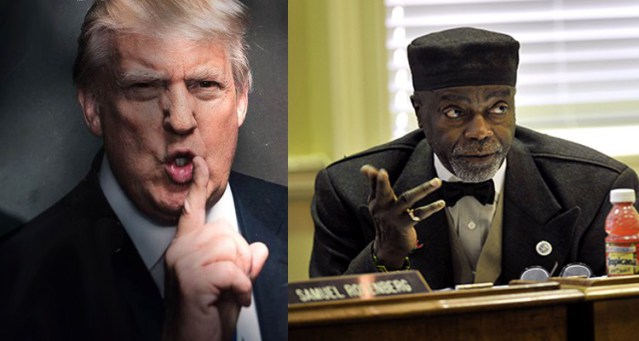 The terms “Democrats” and “corruption” seem to be synonymous nowadays.

The liberal left is set on destroying the United States. Their movement will stop at nothing in its quest to bring America to its knees, all while attempting to make themselves rich in the process. Mostly illegally.

Case in point: According to The Baltimore Sun, Maryland State Senator Nathaniel Thomas Oaks, a Democrat from Baltimore, Maryland, was federally indicted on honest services wire fraud charges. He was purportedly accepting illegal payments in exchange for using his formal position or influence to benefit an individual on business-related matters. Mr. Oaks is 70 years old.

The affidavit alleges that on September 21, 2015, a cooperating individual (the Cooperator) introduced Oaks to an FBI confidential human source (the CHS) who portrayed himself as an out-of-town businessperson interested in obtaining contracts in the City of Baltimore through a minority-owned business (the Company). The Company is a real business that is operated by a different cooperating defendant who is assisting the FBI with the investigation. The meeting took place at a restaurant in Pikesville, Maryland, and was consensually recorded by the Cooperator and the CHS. During the meeting, Oaks offered to assist the CHS with business development in Maryland.

During the months following the September 21, 2015 meeting between the CHS and Oaks, the CHS consensually recorded numerous telephone and in-person conversations with Oaks during which they discussed possible development and business-related opportunities that may be available to the CHS in Maryland. One such opportunity was a United States Department of Housing and Urban Development (HUD) project (the Project) that the CHS told Oaks that he was interested in developing in the City. Oaks told the CHS that he wanted to help with the HUD project.

According to the affidavit, on March 16, 2016, the CHS discussed paying Oaks for his assistance. The affidavit alleges that, in the Spring and Summer of 2016, Oaks knowingly sent two letters on his official Maryland House of Delegates letterhead supporting the Project. The letters allegedly contained false statements about Oaks’ relationship to the CHS and Oaks’ involvement and knowledge of the Project. The CHS paid Oaks $10,300 for his assistance.

Further, the affidavit alleges that September 22, 2016, the CHS made another $5,000 cash payment to Oaks in exchange for Oaks filing a bond bill with the Maryland Department of Legislative Services (DLS) requesting $250,000 for the Project, which Oaks filed later that same day. On November 21, 2016, the CHS received a forwarded email from Oaks that had been sent to Oaks by a DLS employee, attaching a draft of the bill to establish a $250,000 bond to be used for the Project.

In fact, should he be convicted, this failing Democrat faces a maximum of 20 years behind bars. Good, honest services wire fraud is a serious federal crime!

Corruption is widespread within the Democratic party. You can see it at the local levels and all the way up to, and especially, their presidential candidates.

Moreover, when crooks the likes of Hillary Clinton win the presidential nomination, it sends a strong message to everyday Democrats that corruption is acceptable. Unfortunately, the fact is it is anything but — it’s ruining our great nation.

Share this EVERYWHERE to confirm to the world that not a single one of these swamp creatures can be trusted, and drop us a comment below with your thoughts on this!