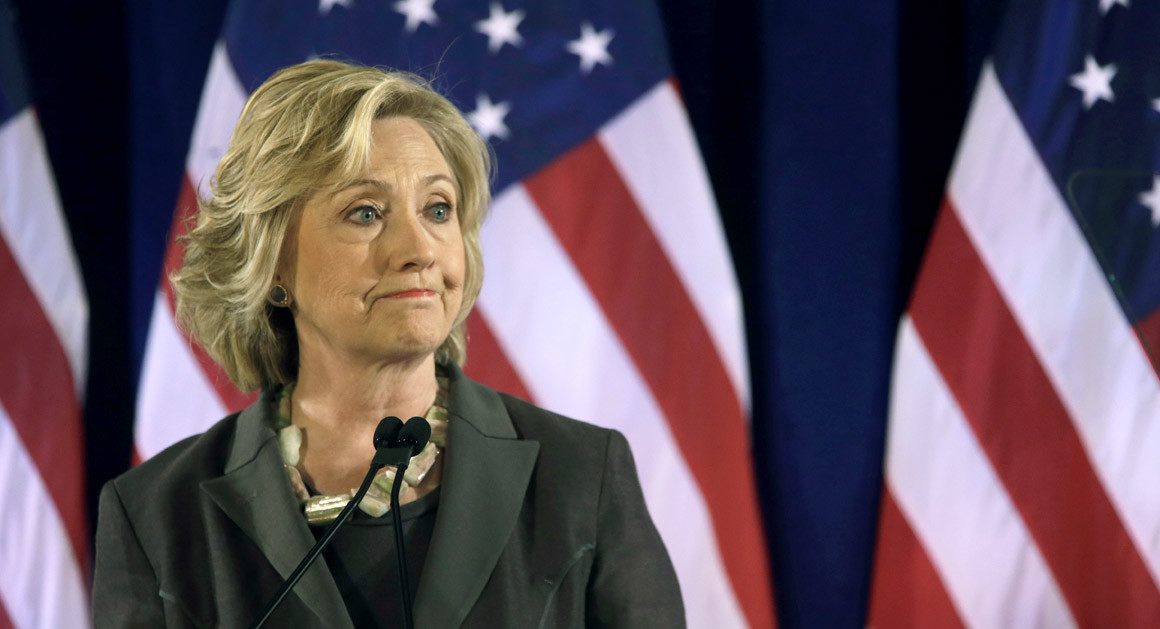 The faux feminist herself has finally broken her silence on Harvey Weinstein.

Since news of the sex scandals broke late last week, Hillary and other prominent Democrats who took money from Weinstein have been silent while the Hollywood condemnation chorus beats the defense drum for Harvey.

But never fear, Hillary is here.

It took five long days of thought, pondering, and hard work, but she finally has done it. She has come out with…

A lie that describes how “shocked and appalled” she was by the Weinstein news, news that she certainly has known for years.


A lie that states the complete obvious, that this behavior “cannot be tolerated.” I’m sure it didn’t take Sherlock Holmes to come up with that gem.

A lie that ends in a classic get-nowhere-fast fake solution to a problem the Democrats aggressively enable. The fake solution that “support of others is critical” in order to stop this kind of behavior.

No it isn’t. A good cellphone capable of recording video, and mace or a Taser should do the trick. Al support of others will do is add another crybaby whining over spilled milk. Stop the act before it takes place. That is how you solve a problem, Hillary. Awareness and action. Not support of others in a cryfest once a week at a meeting.

Here is the full statement from Hillary:

Disingenuous and weak if you ask me. It’s tough to constantly fake that you care.

SEE ALSO:  KEVIN SPACEY: Actor Comes out as Gay Amidst Accusations of Sexual Advancements on a 14-Year-Old Actor