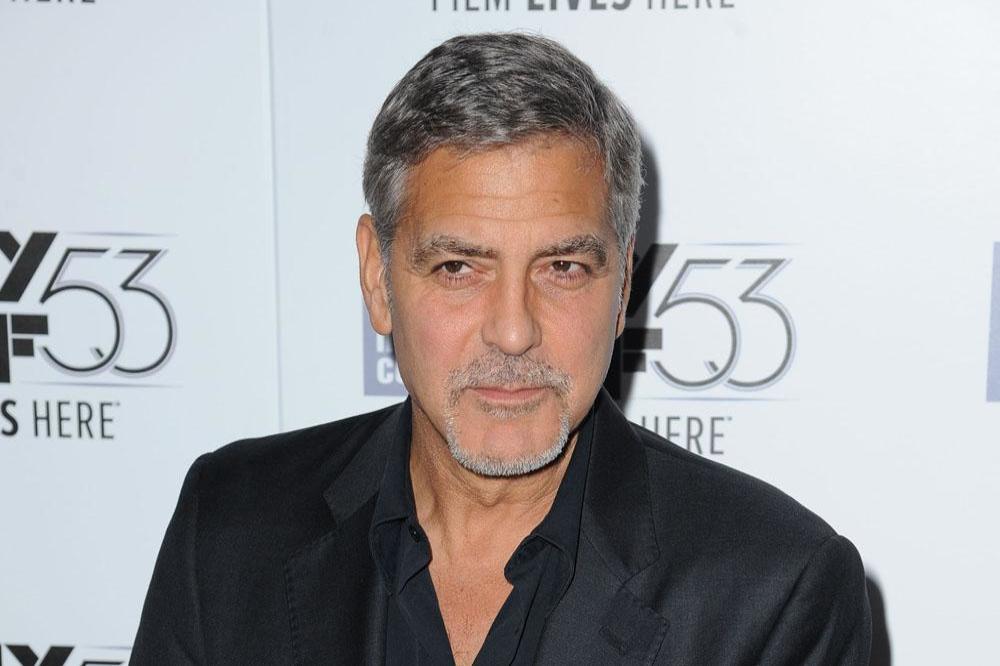 What an embarrassment to society this mockery of a celebrity is.

Just because he is famous, he thinks he can live in a bubble and run his mouth. Well, he doesn’t know jack, and just got hit with a serious dose of karma.

Hollywood out-of-touch actor George Clooney may believe his word is divine and cannot be questioned, but that is not how the world works. Just a few months after lambasting President Trump’s now-implemented travel ban to a few majority-Muslim countries due to security threats, George Clooney has just announced that he is coming back to the US after spending a few years living in Berkshire in the United Kingdom.

His reason? You guessed it: SECURITY REASONS.

The VERY reason President Trump fought so hard for his travel ban to keep Americans safe. You know, that reason he so criticized and attacked. What a fool.

According to the Independent Journal Review:

After loudly opposing President Trump’s immigration policies, a Hollywood celebrity is returning to the United States to take advantage of the safety it provides.

After living in Berkshire, England, for the past two and half years, George Clooney is planning to move back to the United States, an insider told Life & Style Magazine.

“He doesn’t feel like Amal and the twins are safe living in the English countryside,” the source says. “He’s determined to move his family to LA, where he feels much more secure.”

Not long ago, Clooney and his wife, Amal, blasted Trump as a “monster” and “Islamophobe” for his restrictive national security measures.

“[Trump’s comments] that there should be a religious test imposed on entering the U.S. or the fact that there should be state-sponsored torture or that families of suspected terrorists should all be killed — all of those things are violations of international human rights law and the values that underlie that,” Amal said to over 7,000 attendees at the Texas Conference for Women, following Trump’s election in November.

The human rights lawyer said that while she supported measures against terrorism, she felt the president-elect was going too far.

Her husband echoed those sentiments and stronger throughout Trump’s campaign, dismissing his warnings of terrorism as unnecessary fear mongering.

Well, it seems now the issue is big enough reason to abandon his $12.88 million, nine-bedroom estate, where he previously idealized he “can imagine living with my wife and getting old and grey.”

But this isn’t the first drastic security measure the Clooneys will take in response to UK terrorism. While building their secluded countryside mansion, the couple wanted to install CCTV cameras on eight wooden 18-foot poles, but they had to reduce the height of the poles due to government regulations in the area.

Earlier this year, the Clooney family announced they would not be traveling to places like South Sudan, the Congo, and Iraq, where they fear being targeted by terrorists.

“We decided to be much more responsible, to avoid the danger,” the actor told Daily Mail.

This is why people with a brain despise loud-mouthed celebrities.

Clooney runs his mouth, says all kinds of moronic things and then in the end, comes whimpering back. These people think that because we pay to see them act in movies, they somehow are smarter and more worldly than the rest of us. Well, if it were up to me, because of your rants about this country and the duly-elected president, you would not be allowed back. But seeing how it is not, come back and shut up. No one wants to hear anything from a wealthy, hypocritical, self-serving jackal!

It is too bad several months ago you didn’t study up on 14 centuries of history about your friends!