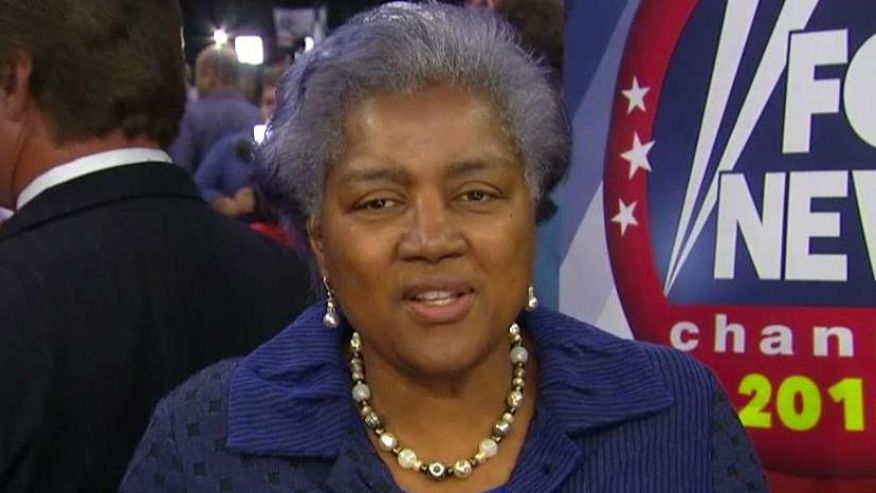 This is HUGE, folks.

The Democratic Party is imploding.

It is eating itself as it is surrounded by scandals everywhere, from Clinton-Russia-Uranium One to Hollywood to Benghazi to Weiner’s Laptop…

There are too many to list. The article’s word count would be outrageously high if I were to go on.

Well, now it is Donna Brazile’s turn to speak.

As you already know, Brazile took over for the other crook, Debbi Wasserman Schultz, at the DNC in the middle of the primary season.

Donna Brazile, now out of the DNC and working as a political analyst, has just admitted that Hilalry Clinton and her campaign took over the DNC’s day-to-day operations, as well as its funding, very early in the primary season, as previously released emails from the Podestas and Clintons confirmed way back in 2016.


Even liberal Newsweek is reporting this bombshell of an admission by Brazile.

Hillary Clinton’s campaign took over the Democratic National Committee’s funding and day-to-day operations early in the primary season and may have used that power to undermine her rival Senator Bernie Sanders, according to the party’s one-time interim chairwoman.

The DNC official, Donna Brazile, now a political analyst, wrote in Politico Magazine on Thursday that she discovered an August 2015 agreement between the national committee and Clinton’s campaign and fundraising arm that gave Clinton “control (of) the party’s finances, strategy, and all the money raised” in exchange for taking care of the massive debt leftover from President Barack Obama’s 2012 campaign.

It wasn’t illegal, Brazile said, “but it sure looked unethical.”

“If the fight had been fair, one campaign would not have control of the party before the voters had decided which one they wanted to lead,” Brazile wrote. “This was not a criminal act, but as I saw it, it compromised the party’s integrity.”

Brazile wrote that she had “promised” Sanders to find out if the DNC had intentionally “rigged” the primary system in order to prop up Clinton and assure she became the nominee. That assertion first popped up after the DNC’s emails, hacked by Russians, had been published online and showed former DNC Chairwoman Debbie Wasserman Schultz and others may have tipped the scales for the Democrat Clinton versus Sanders, an independent seeking the Democratic Party nod.

So what we knew was true all along is in fact true.

SEE ALSO:  HYPOCRISY: As Healthcare Stalls, One BRUTALLY TRUE Statement Exposes the Hypocrisy of the Left…

How low can HRC go?

She is a typical establishment Democrat.

But so is Donna Brazile, passing off the blame when she knew full well the whole time that she was a key part of the plan.

Just so I know how to approach this with the leftists and liberals in discussion, does any of you know if Donna Brazile will be classified as a racist, or a sexist, given her comments?

Kindly let me know. It is greatly appreciated.

Share to spread the winning and to help everyone see that the Democratic Party is baseless and imploding.