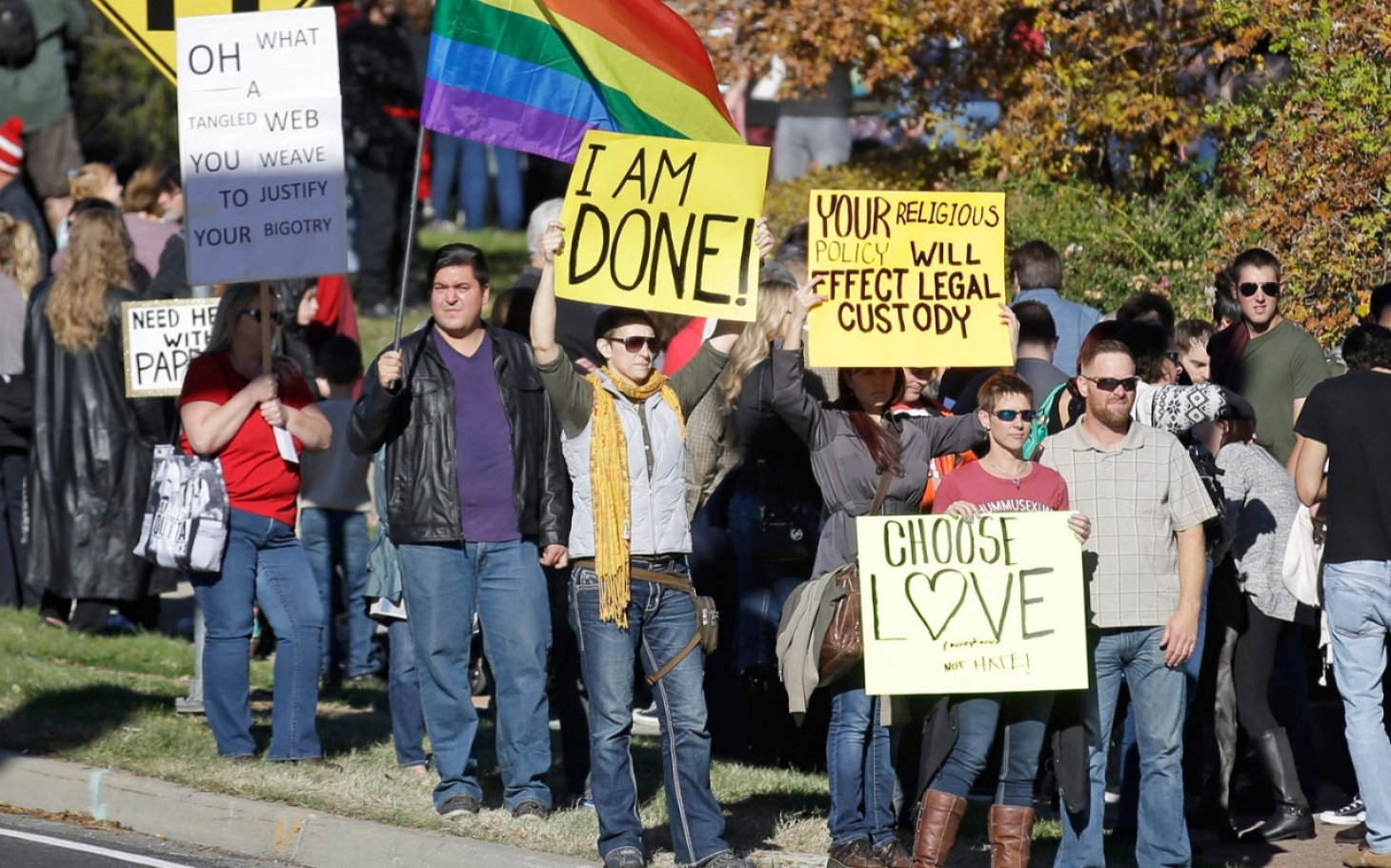 Remember the viral story we had for you last week, about the study performed by the former Chief Psychiatrist at Johns Hopkins University, where the doctor’s study concluded that transgenderism is in fact a form of mental illness, and that gender reassignment is a delusion and biologically impossible?

Well, an LGBT activist group is now threatening Johns Hopkins University because of the study and the fact that it has been supported by so many other experts and, more importantly, many, many Americans.

Typical leftist behavior. Silence others by force, and attack both free speech and any form of science you disagree with.

In a remarkable case of agenda politics eclipsing science, America’s largest LGBT group has threatened harm to Johns Hopkins University if it doesn’t censor the scientific findings of leading scholars on the origins of homosexuality and transgenderism.

In a recent major study titled “Sexuality and Gender: Findings from the Biological, Psychological, and Social Sciences,” researchers from Johns Hopkins found that there is virtually no scientific evidence that people are born gay or transgender.

In response, the Human Rights Campaign (HRC), the most powerful lesbian, gay, bisexual, transgender and queer advocacy group in the country, labelled the report an “attack on LGBT communities” and threatened to penalize Johns Hopkins University if it does not distance itself from the study.

To their credit, University officials replied that while they remain committed to supporting the LGBT community they are also committed to academic freedom.

In a letter to the Johns Hopkins Medicine community, Paul B. Rothman, dean of the medical faculty, and Ronald R. Peterson, president of Johns Hopkins Health System, defended the right of scholars to publish their findings.

As an academic medical research institution, they wrote, “academic freedom is among our fundamental principles — essential to the self-correcting nature of scientific inquiry, and a privilege that we safeguard.”

Academic freedom, the officials noted, is “designed to afford members of the community the broadest possible scope for unencumbered expression, investigation, analysis, and discourse.”

The scholars conducting the study bear the highest credentials in the field. Dr. Paul R. McHugh is arguably the most important American psychiatrist of the last half-century, and served as director of the Department of Psychiatry and Behavioral Science at Johns Hopkins University for 27 years. Importantly, during McHugh’s tenure, the institute pioneered work with transgender individuals.

McHugh’s co-author is Dr. Lawrence S. Mayer, an epidemiologist trained in psychiatry and a scholar in residence at Johns Hopkins University School of Medicine.

In their 116-page report, the scholars analyzed research from the biological, psychological, and social sciences, and concluded that many of the most frequently heard claims about sexuality and gender are not supported by scientific evidence.

“Some of the most widely held views about sexual orientation, such as the ‘born that way’ hypothesis, simply are not supported by science. The literature in this area does describe a small ensemble of biological differences between non-heterosexuals and heterosexuals, but those biological differences are not sufficient to predict sexual orientation, the ultimate test of any scientific finding,” the report said.

Ever faithful to its agenda, the Human Rights Campaign wants to bully Johns Hopkins into stifling free scientific inquiry when the results run contrary to its deeply held beliefs and desires. It is willing to punish a world-class institution for protecting academic freedom.

Fortunately, officials at Johns Hopkins seem to have enough integrity to reject these heavy-handed attempts, at least for now.

So the most influential and “powerful” gay group in the country is using their power to silence others who disagree with their questionable-at-best agenda and way of life. How despicable.

Newsflash: This is America. If you are offended, tough. Nothing happens. Move on and be an adult. If you disagree with an opinion, debate it, don’t try to threaten people and silence anything you don’t like. That is the definition of fascism. Grow up. That is not going to end well and not going to fly in America!

Agree or disagree with the study, these punks have no right to make such threats, and many will opine that these actions actually support the doctor’s study.

What do you think of this crazy story?

Let us know and share this everywhere to expose the intolerance of the left!