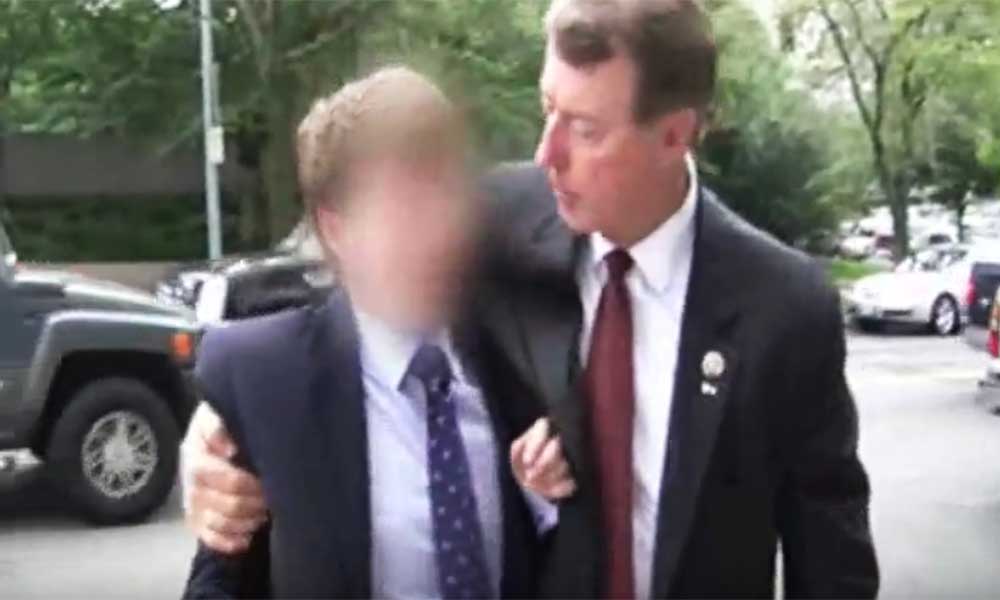 If the socialist leftist Democrats didn’t have double standards, it seems they wouldn’t have standards at all…

The lying mainstream media was all over the story this week about Montana Congressional candidate, and now congressman Greg Gianforte’s alleged body slamming of a reporter the evening before his election (he still cruised comfortably to victory despite their attempts to smear him, by the way).

While they were quick to attack Gianforte’s credibility and attempt to undermine his congressional bid, they seem to have forgotten that one of their own, North Carolina’s Democratic Congressman Bob Etheridge, attacked a student reporter, and they defended him!

The hypocrisy is nauseating.

While the media provide wall-to-wall coverage of Montana Congressional candidate Greg Gianforte’s alleged assault on a reporter from the Guardian — while Republicans across Congress are being asked to condemn Gianforte — it’s worthwhile to remember that the media never hold Democrats to the same standard.

Way back in June 2010, North Carolina Congressman Bob Etheridge, a seven-term elected Democrat, was asked by a student reporter if he supported the “Obama agenda.” Etheridge promptly attempted to grab the reporter’s cell phone camera, then grab the reporter’s wrist, demanding, “Who are you! Tell me who you are… I have a right to know who you are!” One of the student’s friends, who caught the incident on camera, said, “We’re just here for a project.” When the student in Etheridge’s grip asked to be released, Etheridge instead grabbed him by the neck.

Etheridge would go on to be defeated by Congresswoman Renee Ellmers in a very tight election. But the media never bothered to azsk every Democrat in power about Etheridge’s behavior, or whether it ought to be condemned. The assumption was that Etheridge was acting on his own, that he had behaved badly, and that was that. In fact, Democrats rallied to Etheridge’s defense.

Don’t forget another Democrat genius, Senator Al Franken, body slamming (i.e. assaulting) a protestor at a Dean Howard event way back in 2004. Was a body slam warranted? I think not.

The lame-stream media always holds republican to higher standards. Bill and Hillary Clinton are perfect examples of their low standards for democrats.

You know what? It’s fine. They should hold Republicans to a higher standard. I hold myself to higher standards than I do my children or any mentally challenged adult I meet.

It’s the reason for the standards that I take issue with.

Let’s not forget that the reporter had forcefully entered a room he was not authorized to be in, and he was constantly badgering the candidate with his recorder held up in his.

It has also been reported that Gianforte’s campaign has indicated that the first contact was the reporter grabbing the wrist of the candidate when he tried to brush the recorder away from his face. In the case of Etheridge, it was the mere asking of a question and not a near physical assault and invading of the personal space that caused the outburst, but merely asking a question.

While I am not condoning attacking a reporter, I am asking why the reporter had not been physically removed from the room and charged with trespass.

So Gianforte ruffled a few feathers, and got under the thin skin of a liberal cry baby who was probably paid by George Soros to get some fake news on Gianforte so they can produce some false narrative about him and smear, smear, smear.

Too bad it didn’t work. The people saw through it all and elected him anyway. Good for them!

Melania Trump Visits Children’s Hospital In Rome, Speaks Italian With Patients
Awesome! This State Has Woke Up And Made It ILLEGAL To Remove Confederate Monuments!