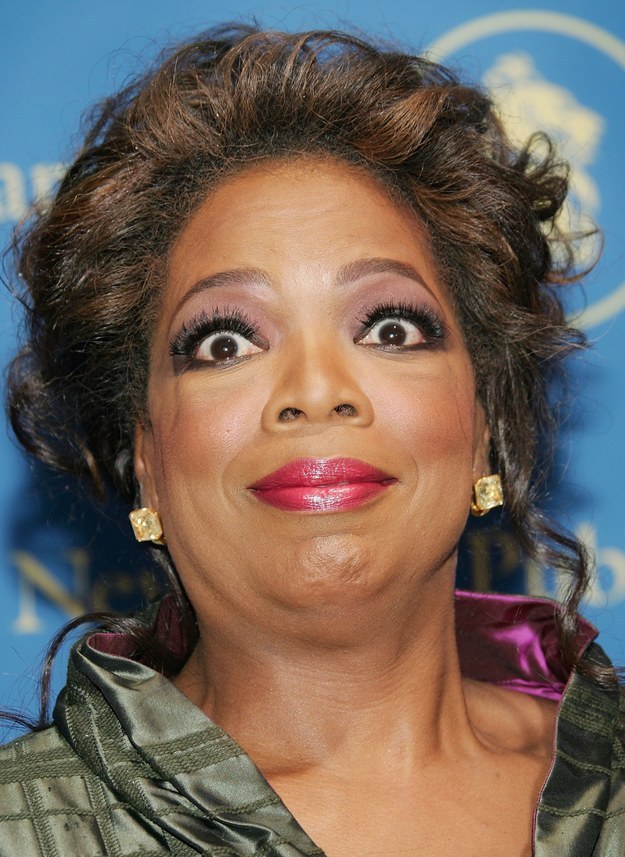 You probably did not watch the Golden Globes last night (nor did I), but you just might have seen the news of the speech by Oprah Winfrey dominating the headlines and social media chatter this morning.

In case you missed it, Oprah delivered a comical speech last night, where the main focus was both gender and race. You know, because things that are not in your control are what define you and make you who you are, at least to liberals.

Her race-baiting, “I’m a black woman” touting speech was nothing but a fan for the flames currently dividing Americans on issues of race and gender stemming from the Obama administration’s failures and Hollywood scandals respectively. Obama, the man who was supposed to heal the nation, did nothing but keep blacks poor and divide the public against law enforcement, painting all minorities as criminals in the process, and instilling chaos in the streets. Hollywood, with their elitist garbage culture where sexual perverts in power use said power to assault child and young female actors, is all of a sudden concerned with sexual abuse. The hypocrisy is simply blinding.

As for Oprah, well, she continued right where Obama left off, using identity politics to race bait, single out women, and abuse facts.


The icing on the cake here is, liberals, including lying NBC News, immediately led with their emotions after hearing Oprah’s speech, and began the firestorm of Oprah for President and Oprah 2020 tweets that we see flooding our news feeds today. Liberals, never concerned with facts and always suckers for feels, predictably ignored the fact that, for example, there is no such thing as “your truth,” as Oprah claims when she says, “What I know for sure is that speaking your truth is the most powerful tool we all have.”

There is only THE truth, which is all that matters.

Then, there is your opinion, which doesn’t matter.

Sponsored Links
SEE ALSO:  HERO IN TENNESSE: GUN Owner CAPTURED Escaped GA Inmates at GUNPOINT, Held Them Until Arrests Were Made, Thanks to the SECOND AMENDMENT!

According to Daily Wire:

Oprah Winfrey talked about having “your truth” on Sunday during her acceptance speech when she won a lifetime achievement award in the 75th Golden Globe Awards, which prompted The Daily Wire’s Ben Shapiro to quickly correct her inaccurate statement.

“I want to say that I value the press more than ever before as we try to navigate these complicated times, which brings me to this: What I know for sure is that speaking your truth is the most powerful tool we all have,” Winfrey said halfway through her speech.

Shapiro responded: “There is no such thing as ‘your truth.’ There is the truth and your opinion.”

Oprah used her opportunity to speak to condemn Hollywood’s sexual predators but failed to name any of them, including Harvey Weinstein, whose alleged behavior launched the #MeToo movement.

“For too long, women have not been heard or believed if they dared to speak their truth to the power to those men, but their time is up,” Winfrey said. “Their time is up!”

Ben Shapiro is absolutely right here. Liberals are the side that would rather hide behind comforting lies than face sometimes-unpleasant truths, because you know, the truth will just go away if you ignore it, right?

I don’t think so.

For this reason, Oprah has shown that she is nothing but a recycled liberal bot spewing the scripted emotionally-driven drumbeat of lies that we have gotten all too used to with the loony MSM. She will be an Obama clone if she runs, and Obama, to give him some credit, gave us not only President Trump, but the largest Republican majority in office in over 80 years.

Please, Oprah, please, run for President in 2020. We need another Reagan-style landslide in the reelection, so that we may continue Making America Great Again (for Americans, not the globe).

TRAITOR: Obama Colluded with Russian President Putin to Free Lebanese Hezbollah Terrorist Who Killed Americans
SHE HELPED: Victim Tells of How Oprah was the Gateway to Weinstein’s Sexual Assaults