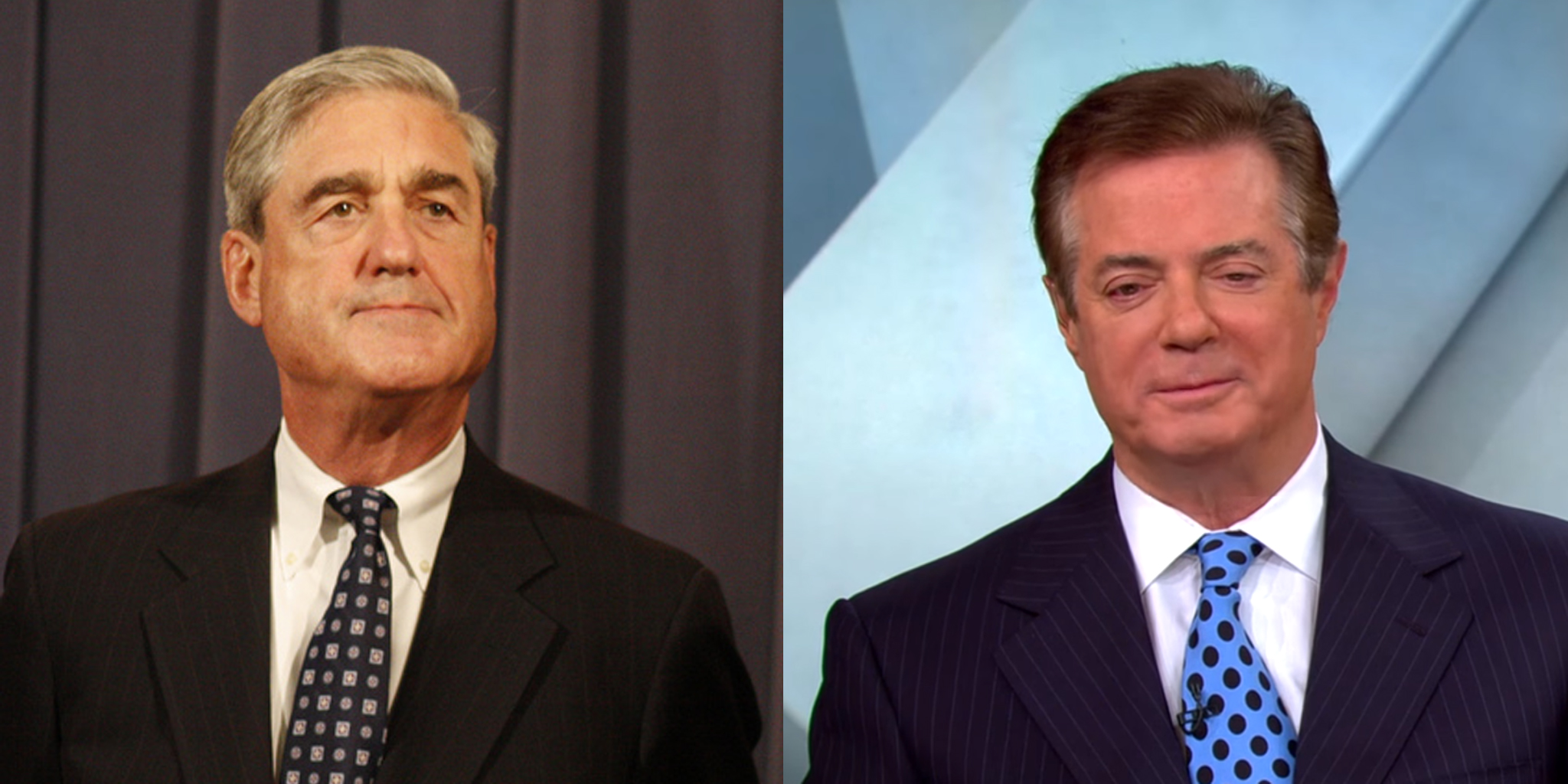 This is big breaking news, folks.

The former campaign manager for President Trump, Paul Manafort, has reportedly turned himself in to authorities at the Federal Bureau of Investigation, as the first wave of Mueller indictments have been issued.

It should have been the other way around, if you ask me.

Manafort’s surrender comes as the initial charges in the controversial mockery of the Russia investigation are unsealed this week.

By the way, the Never-Trumpers, and the RINO Republicans, are trying to spin this headline to be about the Trump campaign.


Newsflash, liars: the charges have NOTHING to do with Trump’s campaign.

In fact, these charges so far have vindicated President Trump, and left the leftists with a conspiracy theory to believe in once again.

I’ve read the charges, America, and this is nothing but an opening move in the game of prosecutorial chess.

Disgrace Robert Mueller is indicting Manafort for money laundering, which may be issued as either a federal or a state crime, the latter of which is not something our President can just pardon away. This will create a longer-term distraction and deflect away from the real Russia story (Clinton and Uranium One).

Mueller knows Manafort has dirt, and is charging him with offenses that occurred in the 2007 to 2012 period, long before his involvement with then-candidate Trump.

I wonder who Manafort was working for at that time?!?! Maybe the Clintons? Didn’t Manafort work with the Podesta brothers for a LONG time?

President Trump was only guilty of hiring the wrong person. He fired Manafort pretty quickly, too.

Former Trump campaign manager Paul Manafort surrendered to federal authorities on Monday as the first charges from the Robert Muller-led investigation into allegations of coordination between the Trump campaign and top Russia officials during the 2016 U.S. presidential election were unsealed.

Also asked to turn himself in was Manafort’s onetime business partner and protege, Rick Gates, and the Associated Press says he did so shortly before 9 a.m.

The indictment lays out 12 counts including conspiracy against the United States, conspiracy to launder money, acting as an unregistered foreign agent and several charges related to failing to report foreign bank and financial accounts. The indictment alleges that they moved money through hidden bank accounts in Cyprus, St. Vincent and the Grenadines and the Seychelles. In total, more than $75 million flowed through the offshore accounts. Manafort is accused of laundering more than $18 million, according to the indictment.

Manafort walked into the FBI’s office in Washington at about 8:15 a.m. with his lawyer, the New York Times reported.

Manafort had been under investigation for violations of federal tax law, money laundering and allegations that he did not disclose his foreign lobbying.

The White House had no immediate comment. The two are expected in court later Monday to face the charges Mueller has filed.

As they say, this news just broke and is developing rapidly, so stay tuned!

WATCH: 10-Year-Old from Ohio Leads Police on WILD High Speed Chase at 100 MPH!
KEVIN SPACEY: Actor Comes out as Gay Amidst Accusations of Sexual Advancements on a 14-Year-Old Actor