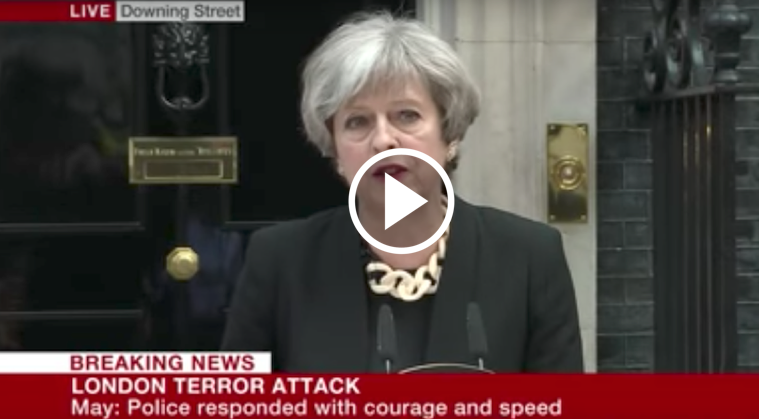 May made her statements following the terror attack yesterday, that claimed 7 lives and left 48 injured.

After all this has been done to the people of Britain. May believes tougher internet regulations are the answer to Britain’s problem.

During her meeting with reporters on Downing Street this morning, she said, “We cannot allow this ideology the safe space it needs to breed,” she said. “Yet that is precisely what the internet, and the big companies that provide internet-based services provide.”

She showed an interest in working with allied nations saying, “We need to work with allies, democratic governments, to reach international agreements to regulate cyberspace to prevent the spread of extremist and terrorism planning. We need to do everything we can at home to reduce the risks of extremism online.”

May has always been in favor of tougher immigration policies. Which many believe would have prevented attacks like the one that that happened yesterday. May is trying to do something that will protect her citizens. Islamist extremist organizations have used social networks as a method for recruitment. That has to be stopped. The politicians of Britain need to put the safety of their citizens ahead of their agendas. And, right now they are failing at that.


Watch the video below:

SEE ALSO:  ALERT: US Intelligence Officials Confirm: North Korea is Much More Dangerous Than We Feared…
Sponsored Links
Continue Reading
You may also like...
Related Topics:

Could Kathy Griffin Be Anymore Pathetic?
WATCH: IMAM IN AUSTRALIA DEMOLISHES THE “RELIGION OF PEACE” MYTH