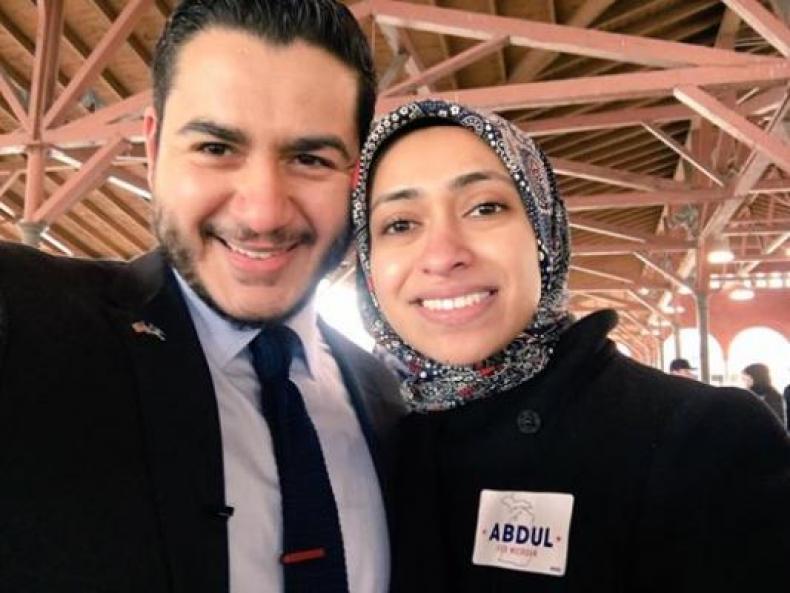 Many news sites are starting to raise alarms, saying that the people of Michigan must wake up and stop this before it is too late.

How would it feel to have to say: PRESIDENT ABDUL EL-SAYED?

Make sure you remember this man’s name and face.

His full name is Abdul El-Sayed.

He is a 32-year-old US-born citizen, and an exceptionally well-educated Muslim doctor residing in Detroit, Michigan. His education, and subsequent rise in the political arena, are funded and enthusiastically backed by George Soros and his minions.

He is attractive, eloquent, captivating (some say he is even more charismatic than Obama was), and clever (again, most claim more-so than Obama). He is currently running for Governor of Michigan.


This is nothing but the first step in his preparation to eventually run for POTUS (President of The United States).

Abdul El-Sayed, with his qualifications, skillset, and left-wing backing, has the potential to be the second Barack Hussein Obama. And, as he is nearing the age of 35, in 2020, and beyond, he will be completely eligible to run for President!

Democrats’ mouths are watering in anticipation of this, and they are raising money like there is no tomorrow. Elizabeth ‘Pocahontas’ Warren is already openly campaigning for him. George Soros has already guaranteed his ‘war-chest’ of gold to El-Sayed.

The Democratic Party may have found its next Barack Obama.

His name is Dr. Abdul el-Sayed, he’s a 32-year-old medical doctor and he recently launched his campaign for governor of Michigan, the election for which is in November 2018. If he wins he would be America’s first Muslim governor.

He speaks articulately, without an accent, inserts humor into his speeches at seemingly just the right moments, and he has the full backing of America’s powerful Muslim Brotherhood-linked network of Islamic organizations.

In an interview with Al Jazeera, El-Sayed said Michigan voters are having “buyer’s remorse,” and that President Trump’s decisions “are at odds with deeply held American values, and distractions from real issues.”

Sayed served as the executive director of the Detroit Health Department and Health Officer for the City of Detroit, appointed by Mayor Mike Duggan. At 30 years old, he was at the time of his appointment in 2015 the youngest health director in a major U.S. city.

According to El-Sayed, his decision to run for governor was influenced by concerns over state leadership following the lead-tainted water crisis in Flint, as well as policies being implemented in Washington, D.C., under President Trump.

Dick Manasseri, spokesman for Secure Michigan, a group that educates Michiganders about the threat of Shariah law, predicts that Sayed will at least win the Democratic nomination for governor.

When will the American left wing ever learn?

This is a classic “Trojan Horse” plan to take over our country and all that it stands for from within!

Look at what is happening in England and across “tolerant” Europe. To be frank, they are being invaded. Radical Muslims are flocking in and propagating at such an alarming rate that within a single generation (or maybe two at the most), if left unchecked, they’ll control the vast majority of what we have come to know as the Free World or Western civilization.

Khrushchev is famous for once claiming that the USSR would take over the USA without firing a single shot. The one problem was that they were too upfront about it and came at us ‘head-on’. Radical Muslims, on the other hand, will sneak in through the back door, or any way they can, and rob us of every last thing we hold precious and dear, all before we are even cognizant of the fact that there’s a danger lurking among us.

It is time to WAKE UP, AMERICA!