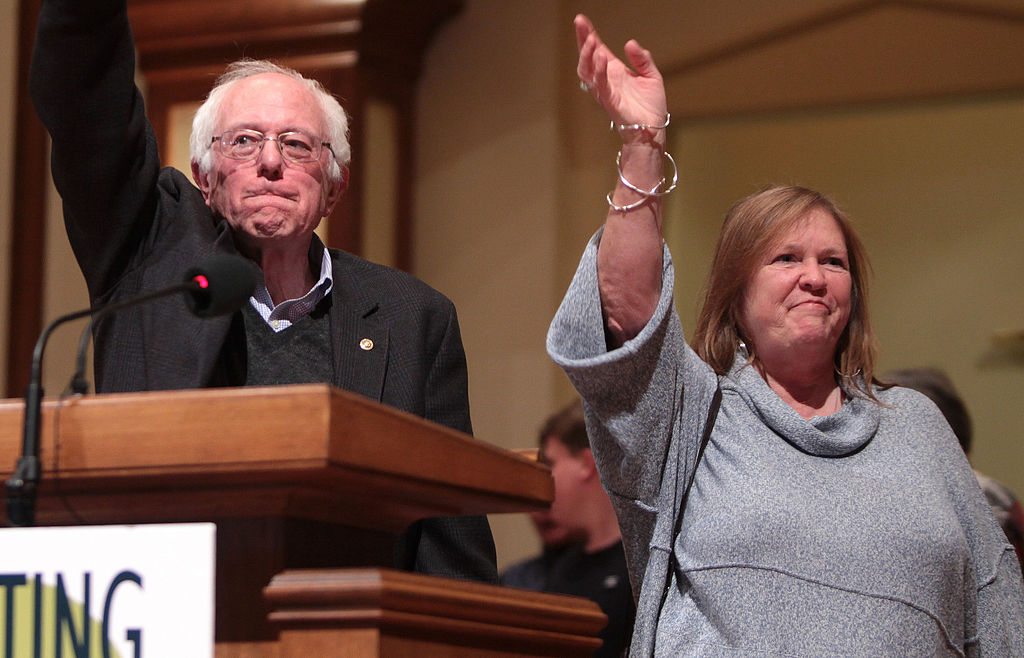 The liberal arguments for when you lose an argument and have no way to come back: claim sexism or racism. That’s what we’ve seen for a while now and Jane Sanders, Bernie Sanders’s wife, feels the need to use this cop-out.

Jane and Bernie Sanders are under FBI investigation for a possible fraud case from Burlington College, where Jane Sanders was the President of. The college has since gone under, but that doesn’t stop the stories surrounding the couple and the school.

Jane says, “I find it incredibly sexist that basically, he’s going after my husband by destroying my reputation, and that’s not OK,” Fox News Reports.

Kristin Tate, a contributor for The Hill, was not going to have any of it on Fox News Business this morning:

“The sexism card is always the last refuge for liberals with no arguments. This is the same stuff we’ve been hearing from Hillary Clinton and her people for months now. That she lost the election because she’s a woman,” Tate says. “Justice is blind. It doesn’t know your gender,” she adds. See Tate put Sanders in her place below:


.@KristinBTate: "The sexism card is always the last refuge for liberals with no arguments…Justice is blind. It doesn’t know your gender." pic.twitter.com/YWmEHkdfd1

The whole “this is sexist” or “this is racist” is not a viable excuse for Democrats and Liberals to use now and frankly, it’s disrespectful. Stand up for yourself. If you didn’t do it, why should you rush to the conclusion you are being targeted based on your gender? This is another prime example of how the left fails to understand ethics.

AMAZING! See What The Head of Border Patrol Just Said About Immigration Work
EUROPISTAN: The West Needs to Wake Up Before It’s Too Late